The bugs are a great source of protein and minerals, researchers say 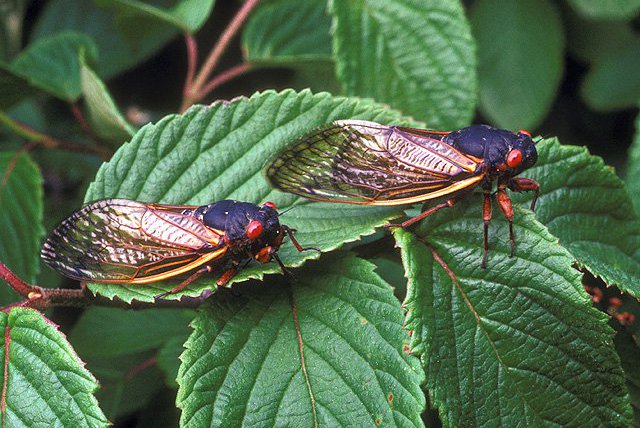 The Food and Drug Administration announced that people should avoid eating cicadas if they are allergic to seafood.

If you were planning on taste testing cicadas this summer, the U.S. Food and Drug Administration said to hold off if you have a seafood allergy.

"We have to say it," the FDA said in a tweet Wednesday. "Don't eat #cicadas if you're allergic to seafood as these insects share a family relation to shrimp and lobsters."

The emergence of "Brood X" cicadas, which come out every 17 years, has sent thousands of the bugs into Pennsylvania, northern Virginia, Indiana and eastern Tennessee.

As it turns out, these bugs actually make for a good source of nutrients for humans.

Assistant Professor of Anthropology at Montclair State University Cortni Bogerson says cicadas are a great meat substitute because they are high in protein and minerals.

"Insects are an important source of food for more than two billion people on Earth, including many food cultures within the United States," Borgerson said. "These little meats are not only a mainstream food source, they’re also a more sustainable choice than other species of livestock, which can require a lot of land, water and feed."

Don't eat #cicadas if you're allergic to seafood as these insects share a family relation to shrimp and lobsters. https://t.co/UBg7CwrObN pic.twitter.com/3qn7czNg53

According to the Environmental Protection Agency, cicadas do not pose a threat to humans, pets or gardens. If your pet eats them though, it may cause an upset stomach or vomiting, though there's no need to worry.

Want to try some? Borgerson says you can collect the bugs anywhere you'd feel safe keeping a garden, and to avoid areas that have a history of industrial use.

"You’ll be able to hear when you’re close," Borgerson said. "So at dusk, look for those wingless nymphs and enjoy the incredible show as they shed and transform and slowly inflate their new wings. Then pop a few into a bag and take them home to freeze for about 30 minutes before you prepare them."