For surgical coordinator, it's all about precision on the table 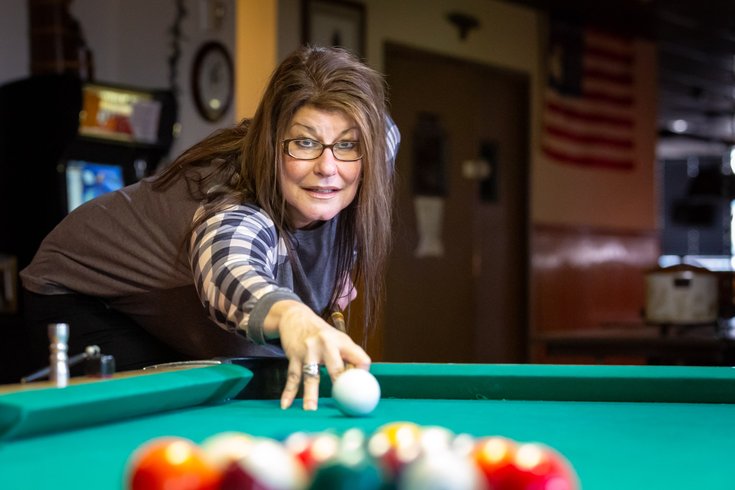 Valerie Batezel, Ph.D., program coordinator for bariatric and metabolic surgery at St. Mary Medical Center in Langhorne, prepares to break. “Just join a league and you will be able to learn as you go," she says to those interested in joining the game. "Other players are always so readily available to share their expertise with you, making it easy to become part of the game."

There is nothing quite like the thrill of playing in a billiards tournament for Valerie Batezel, Ph.D., program coordinator for bariatric and metabolic surgery at St. Mary Medical Center in Langhorne.

The air thick with tension and excitement. Hundreds of players primed and ready to take their shot, all wondering how they will stack up against the competition.

It’s the challenge of playing in the constantly changing conditions of a billiards tournament and the surge of adrenaline she feels as she gets ready to sink a ball in the right pocket that keeps her hooked.

The key, she said though, is not let all that energy overtake your control and focus.

“Something as simple as a difference in the thickness of the pool table cloth could potentially affect your game. Don’t be imitated. You just need to learn to quickly adapt,” she said.

Batezel, who lives in Yardley, is a member of the Bucks County Division of the American Pool Players Association, the world’s largest amateur league. The ultimate goal of any league team is to make it to the championship in Las Vegas. And while Batezel and her team haven’t made to Las Vegas yet, they have competed in both the Tri-Cup and City Tournaments that lead up to the championship.

They placed first in the Top Gun program in 2017 and have finished first place in their division.

Batezel said some of the most important skills for the game are proper ball control and learning how to play the rails to avoid a foul. You need to always be thinking four shots ahead, she says. 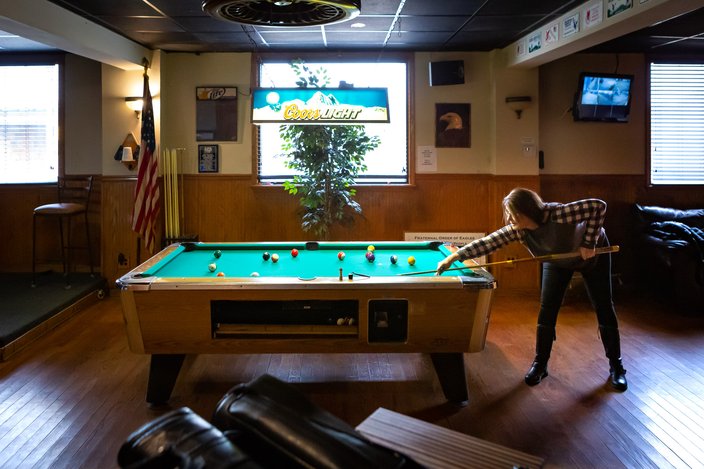 Batezel is a member of the American Pool Players Association and captain of a professional billiards team that meets at the Fraternal Order of Eagles in Morrisville, Bucks County.

You also need to learn the lingo and, of course, the physics of it all. Like if you hear a fellow player referring to using correct English, he or she is not referring to language but the sidespin of the cue ball. To be competitive, players must understand how the different places you hit the cue ball affects its spin and trajectory.

To keep her skills sharp, she practices several times a week. She also competes in local tournaments outside of the league like the one run by the Fraternal Order of Eagles.

Batezel originally fell in the love with the game while watching her friends play. The challenge of the game continues to be an allure. She has been playing for 22 years and encourages anyone interested in playing pool competitively to give it a try.

“Just join a league and you will be able to learn as you go. Other players are always so readily available to share their expertise with you, making it easy to become part of the game,” she said.

“And you can meet real pros like the Black Widow and Mike Massey.”

Batezel was drawn by the camaraderie of the game and meeting people from all walks of life through their mutual passion. In fact, she and her fiancé share a love for billiards and are now co-captains of the same team. He has made it to the Las Vegas championship tournament but with a different team.

Sometimes Batezel will also compete individually, but she really loves the team atmosphere.

“My teammates are all extremely competitive and I love it,” she said. “It makes us one family. The league’s motto is ‘United We Stand – Together We Play’.”