Virtua doctor always on the hunt for the perfect shot 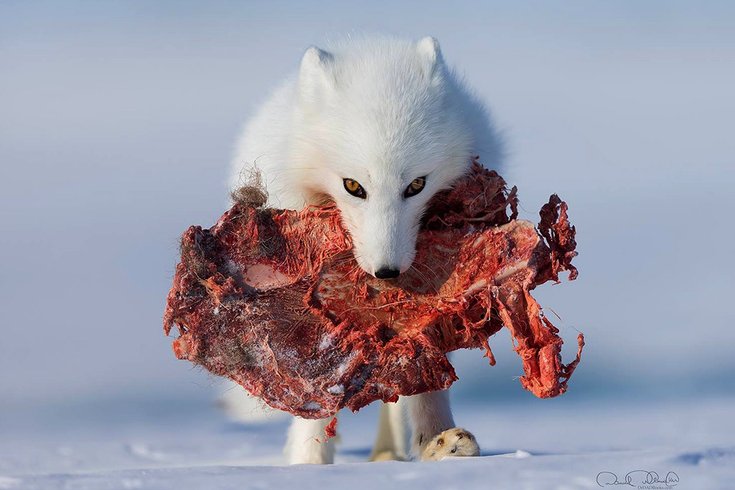 This award-winning photo of an Arctic fox heading off to a meal, titled "Blade Runner," was shot by Dr. Daniel D'Auria, a South Jersey gastroenterologist better known as "Dr. DAD." It will hang for the next year at the Smithsonian Institution in Washington, D.C.

The Arctic fox is looking right at the camera, its thick white fur nearly blending into the snowy backdrop. In its mouth, a blood-tinged plate of sinewy tissue and fur, in the rough shape of the United States and likely scavenged from a wolf kill, contrasts against the whiteness. You can see the spontaneous wildness in the animal's golden eyes and yet the photo is unmistakably calming.

Shot by a South Jersey doctor, "Blade Runner" will hang in the Smithsonian Institute in Washington, D.C. for the next year after it was selected as Highly Honored in the Polar Passion category of the Windland Smith Rice International Awards. It appears in the 2018 fall/winter special collector’s edition of "Nature’s Best Photo" magazine.

For Daniel D'Auria, a gastroenterologist with Virtua Health, capturing wildlife – polar bears, wolves, wild horses and rarer species – in their habitat is indeed a passion.

“There are heart-pounding moments in photography when the forces of nature and inner vision start to align," he says of the photo. "It’s an excitement that grows out of anticipation. We all long for those stunning photographs that simply won’t let us look away, but despite our greatest efforts they don’t come along every day.

“When I anticipate those moments through my shutter I feel extraordinarily alive. Seeing in my mind what I hoped to soon see in my viewfinder, I was consumed. For the next few minutes, the rest of the world ceased to exist, as I savored one of nature’s miracles.”

D'Auria, 61, who lives in Tabernacle, Burlington County, travels the world with his camera, always on the hunt for the perfect shot of creatures big and small in their natural habitat. He also enjoys exploring the beaches and woods closer to home.

He has had photos published in "National Wildlife" magazine and the Humane Society’s magazine. One of his biggest passions is to inspire a love of nature and wildlife in children and that is why he started his own series of wildlife books for kids, his photos accompanied by his own writing (in rhyming prose no less). 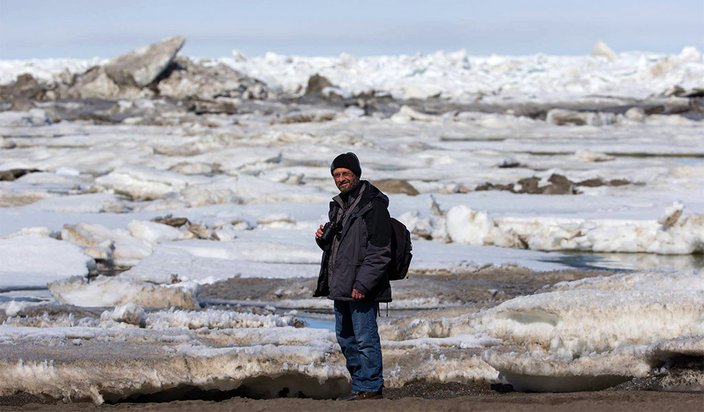 Dr. Daniel D'Auria is seen along the Arctic Ocean in Barrow, Alaska. “The challenge with wildlife photography is everything is spontaneous,“ he says. ”But that is also part of the pleasure.“ 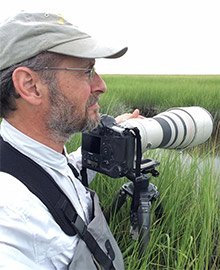 D'Auria, looking for a shot in New Jersey.

His wildlife photography has taken him to the Hawaii Volcano National Park and WWT Slimbridge, a wetlands wildlife reserve in Gloucester, England, to photograph the nene, a Hawaiian goose, for a book on national parks, and to Africa and Alaska.

While on vacation with his family in Scotland, he has explored the Island of May and its population of Atlantic puffins and other birds, and the Island of Sky in the United Kingdom for its sparrows. He has even camped out at Shelter Creek Camp in Alaska waiting patiently for bear sightings.

And while the trips often revolve around capturing specific creatures with his lens, nature can always spring a surprise, he says.

“The challenge with wildlife photography is everything is spontaneous. But that is also part of the pleasure," he says. "I delight in the uncertainty of wildlife photography. The best plans are never really certain, for wildlife, after all, is wild and nature, unpredictable.”

“Observing nature is so important,” he told PhillyVoice. “You rarely come away without seeing or learning something new.”

For more of D'Auria's work, check out his Instagram and Flickr accounts, and his children's wildlife books at DrDADBooks.com.