Holy Redeemer nurse has a sweet side gig 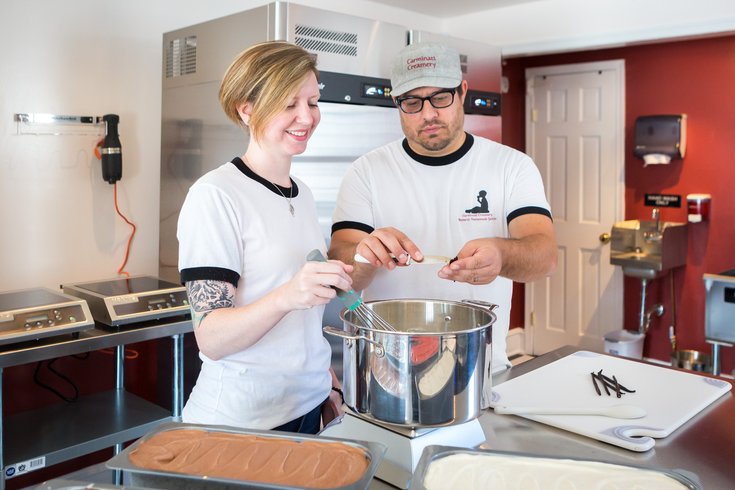 Amy Carminati, a registered nurse at Holy Redeemer Hospital in Meadowbrook, and her husband, Darin, make vanilla bean gelato at Carminati Creamery, their shop in Glenside set to open on Labor Day weekend. "We want our gelato shop to be filled with good vibes, good people and yummy frozen treats,” she says.

Who can resist the sweet temptation of a fresh gelato that's healthier than ice cream? Not many people, its booming popularity in the United States would suggest.

That is what Amy Carminati, a registered nurse at the Holy Redeemer Health System and her husband are banking on as they prepare to open a family gelato shop, Carminati Creamery, on Labor Day weekend.

Concocting tasty flavors of gelato, essentially ice cream made in the Italian style from a base of milk, cream and sugar, might seem worlds away from Carminati’s job as a nurse at Holy Redeemer Hospital, but it's a longtime dream-come-true for the nurse and her husband.

Darin Carminati, who has been among other things a bartender and a professional photographer, got inspired three years ago to create his own natural, homemade gelato while working at an Italian restaurant. It seemed the perfect time to start the business.

At first he borrowed a mini gelato machine from restaurant employer, From the Boot in downtown Ambler, and began experimenting with different flavors. Once he got the knack for the art of gelato-making, the couple built up a roster of farmer market and restaurant accounts.

His restaurant bosses allowed him to occasionally use space there to make the gelato and the Carminatis bought an "icicle tricycle" to take their tasty treat around to different events.

As their business grew though, the Carminatis realized they were ready to take the next leap and set up shop. In March they rented a Glenside storefront and have been hard at work preparing for the grand opening.

With Carminati’s demanding job at Holy Redeemer, plus caring for the couple's two small children, who are 4 and 1 years old, juggling the gelato has been no small feat.

Amy, 35, and Darin, 40, own their business 50/50. Right now she is doing most of the backend stuff, doing a lot of the prep work, but after their grand opening she plans on perfecting her gelato-making skills to help him out. She just went part-time at Holy Redeemer in June. 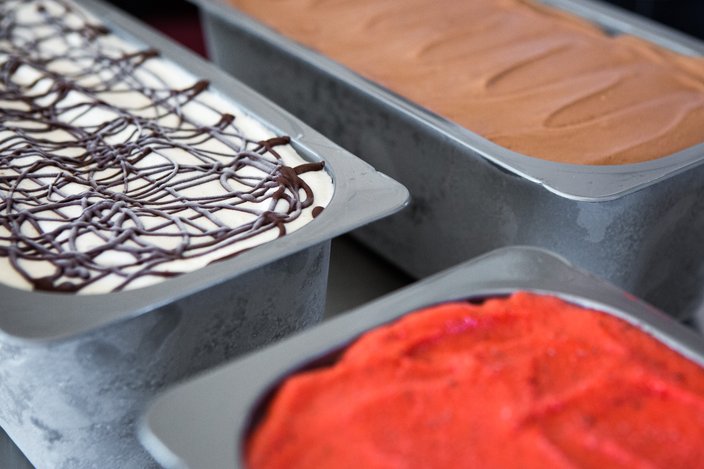 Amy hopes the freshness and quality of their gelato will help their shop stand out from the competition. They pride themselves on using fresh local ingredients as much as possible.

“We really wanted to make a local product. Our dairy comes from Tanner Brothers, a [Bucks County] dairy farm, and all the gelato is made fresh daily with not a lot of extra fillers,” she said.

Their most popular flavors include vanilla, chocolate, banana, salted caramel swirl and cookies and cream, she said. Sweet cream brown butter has also gotten a lot of attention as well as their sorbets.

Right now the menu will focus on gelato creations, but they hope to expand their offerings. They have even been dabbling in making their own waffle cones.

Bringing a little scoop of happiness to their customers is important to Amy. As a nurse who has worked among the sadness and grief of hospice and oncology settings, she knows the importance of simple joy in people's lives.

That is what she is hoping to bring to her customers, a taste of happiness, so they always leave with a smile.

“Unfortunately, we don’t always take time to enjoy the good things in life. We want our gelato shop to be filled with good vibes, good people and yummy frozen treats,” she said.

Carminati’s favorite part of starting a business with her husband has so far been bringing community together and building something for her family.

On Labor Day weekend, Carminati Creamery will launch at 448 N. Easton Road in Glenside. Check out their Facebook page here.