When Jeff doctor shreds the drums, you'll feel anything but numb

For anesthesiologist Eric Schwenk, music is a great way to relax after a day in the OR 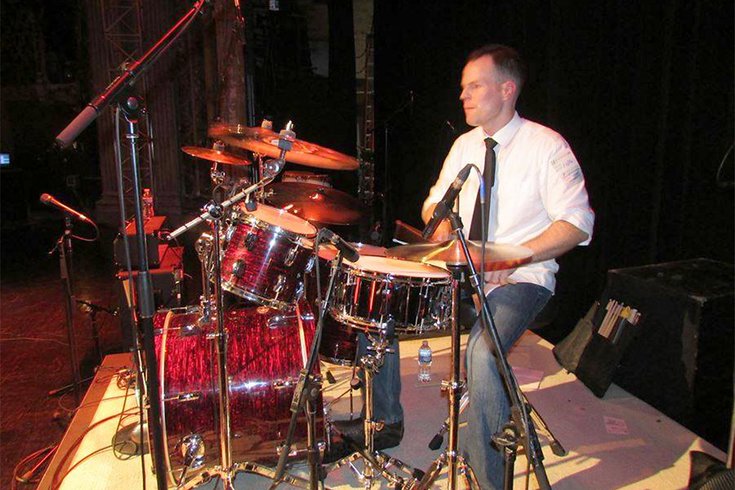 Dr. Eric Schwenk, an anesthesiologist at Thomas Jefferson University Hospital, was raised on music. He plays drums for The Preps, a pop-punk band. “I love playing in front of crowds, the energy and connection you feel to the audience,” he says.

The pounding beats of a Philly nightspot may seem worlds away from a hushed operating room, but one Thomas Jefferson University Hospital doctor easily straddles both spheres.

When Dr. Eric Schwenk, an anesthesiologist, is shredding the drums on stage with his band, The Preps, he wants you to feel anything but numb.

Music had always been a part of Schwenk’s life growing up in West Chester, since his dad was a music teacher. But he discovered the drums in middle school and took private lessons. Then in 1996 while attending West Chester East High School, he and his friends formed The Preps. His brother joined a few years later.

The Preps – Schwenk on drums, his brother Bryan on guitar, Stephen Breslin on lead vocals and guitar and Douglas Scherbak on bass – play in Philly and the surrounding suburbs, and periodically in New York as well.

At first they started out playing cover songs at talent shows for their friends and family but soon branched out to local bars and restaurants and began writing their own music. The band has played Kung Fu Necktie, MilkBoy and Bourbon & Branch in Philadelphia, the Grape Room in Manayunk and the Red Stallion in Warminster, Bucks County. They also perform at parties, where they do a mix of originals and covers.

Schwenk, 37, director of orthopedic anesthesia at Jefferson, describes the band's music as a mix of pop and punk rock, influenced by 1990s bands like Blink-182 and Green Day. Their name, therefore, is full of irony, he said.

"At the end of the day, we all want to play good music that people enjoy.” – Eric Schwenk

The Preps have played shows with punk legends Murphy’s Law, the Swingin’ Utters and The Boils and participated in two of 102.9 FM WMGK’s Rock MD Contests, which feature bands with at least one physician. They have recorded three full-length albums and multiple singles.

The band practices and records at Schwenk’s home in Haddonfield in a music room equipped with a full public address system, recording equipment and of course, the prerequisite sound proofing.

Right now they play every one to two months because Bryan recently moved to New York City and long-distance logistics limits the frequency they can play.

For Schwenk, after a long day in the OR, music is a fun outlet for stress release. His favorite part though is getting out on the stage.

“I love playing in front of crowds, the energy and connection you feel to the audience.” 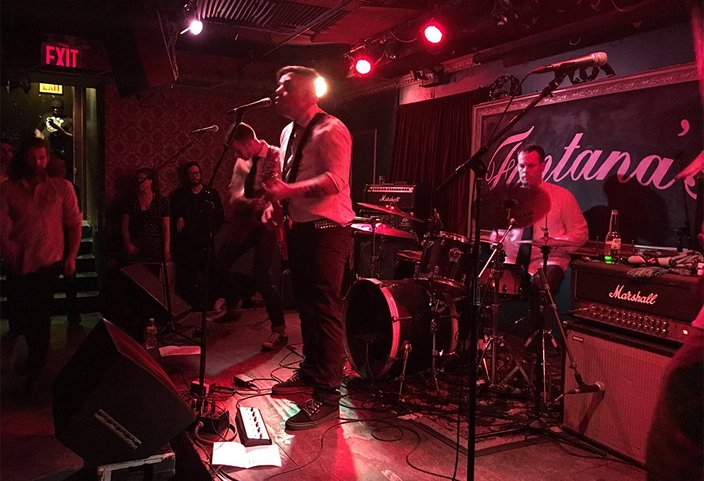 The Preps – Eric Schwenk on drums, his brother Bryan Schwenk on guitar, Stephen Breslin on lead vocals and guitar, and Douglas Scherbak on bass – play nightspots in Philadelphia and the suburbs, and occasionally in New York.

Over the years, The Preps have had their share of growing pains.

If you listen to their early stuff, Schwenk says, it was mostly about relationships and girls. Their more recent work has matured, with themes like Scherbak’s battle with alcoholism in “Brass Knuckles Find Their Way Home” and the workaday world in “The Grind (9 to 5).” Two band members are now married with kids, including Schwenk, who has a five-year-old son.

Like any band, they have also had their share of differences of opinion over the years, mostly over small stuff, like what to play in a given set. There were a couple of break-ups, however.

“Each time we realized we missed playing together. At the end of the day, we all want to play good music that people enjoy,” he explained.

Their song, “Here to Stay,” which celebrates a commitment to making music together, was featured on 93.3 FM WMMR’s “Loud and Local” show.

Schwenk said that his family has been big supporters of their musical journey. His wife comes to all of his shows and his parents have been to nearly 90 percent of their gigs.

“No matter how dingy or awful the bar we were playing at,” he adds, with a laugh.

Check out The Preps' music catalog at Bandcamp or their website, and find out where they play next on their Facebook page.