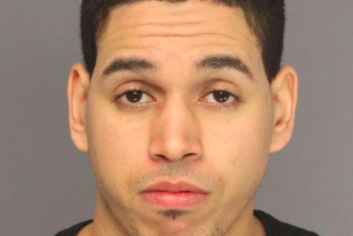 Authorities have arrested and charged a suspect in connection with the fatal shooting of 21-year-old Rutgers University student Shani Patel, who was killed Sunday night in Newark during an apparent robbery.

Patel, a Rutgers-Newark student, was a Toms River native and an economics major in Rutgers' 2016 graduating class. He was one of two victims found suffering from gunshot wounds at around 10 p.m. Sunday near Central Avenue and Halsey Street. A 23-year-old victim, who has not been identified, is listed in stable condition.

At the scene, detectives found an undisclosed amount of drugs and money, leading investigators to believe the incident may have been provoked by an attempted robbery. State records indicate that Patel had been sentenced to serve two years probation in 2015 after he was indicted on charges of third-degree possession of marijuana with intent to distribute and fourth-degree possession of marijuana.

In a statement, Rutgers-Newark chancellor Nancy Cantor said the university is committed to providing resources to students who may need counseling in response to Patel's death.

While law enforcement is still investigating and we understand that it was not a random act that led to Shani’s death, it is a shock to lose a member of our community under any circumstances. We have different ways of dealing with such a loss, so we remind all members of our community that we have counseling services available. I remind you that any member of our community who would like support may come to the Paul Robeson Campus Center, room 302, all day until 5 p.m., today and tomorrow, or may call 973-353-5063. Employees also may contact Rutgers Human Resources/Faculty Staff & Assistance Program at 848-932-3956.

Our deepest condolences go out to Shani’s family and to all who knew him as a student, colleague or friend.

The investigation remains active and ongoing, according to prosecutors. Anyone with information related to the shooting is asked to contact the Newark Police Department at 302-366-7111.