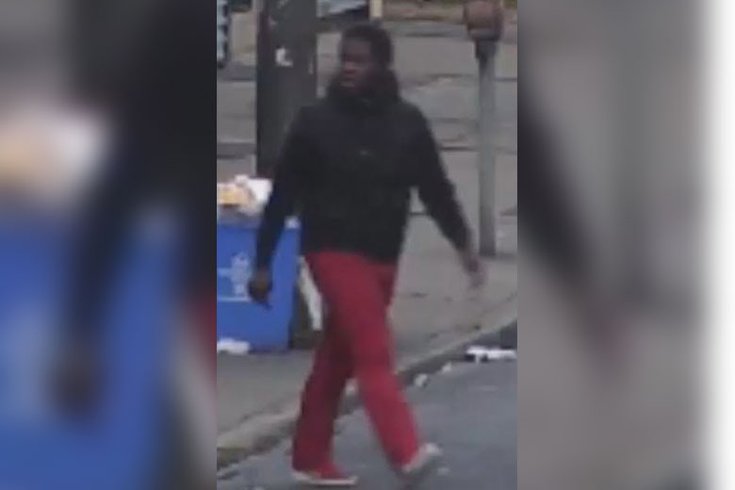 Police are looking to identify and locate the suspect wanted in a shooting in Cobbs Creek.

Police are seeking the public's help in finding a suspect wanted in a shooting in Cobbs Creek.

In surveillance video released by police Wednesday, an unknown male suspect can be seen walking south on 60th Street toward Spruce Street on Sunday with an unknown female and an unknown male with a crutch.

Authorities say as the three turn east on Spruce Street, the male suspect fires a handgun once. Police say a male victim was struck by the gunfire as he turned to run and fell onto the highway.

The suspect then flees on foot. He was last seen heading east on Manning Street from 60th Street. The female flees in an unknown direction, and the male with the crutch flees north on 60th Street.

Arriving officers found a 21-year-old man lying in the street on the 5900 block of Spruce St. with a gunshot wound to his left buttocks, authorities say. He was transported to Presbyterian Hospital, where he was treated for his injuries and listed in critical condition.

Police are looking to speak with the female and male with the crutch, who are being considered witnesses to the incident.

The witnesses were described as follows: