Police: Suspects sought for theft at Tioga gas station turn themselves in 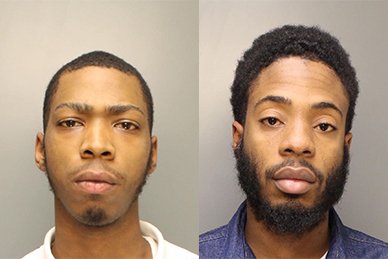 Police say Diandre Helms and Dante Smith were arrested and charged with theft after turning themselves in.

Police say two suspects sought for theft at a gas station in Tioga were arrested after they turned themselves in on Monday.

Diandre Helms, 20, and Dante Smith, 24, were arrested and charged with theft and other related offenses. Police say they turned themselves in after observing themselves on surveillance video released to the media.

Once inside, police say one of the men grabbed money from a 33-year-old man who had just used the ATM. He then fled on foot.

According to police, Helms and Smith are both from the 2900 block of N. Bambrey St.