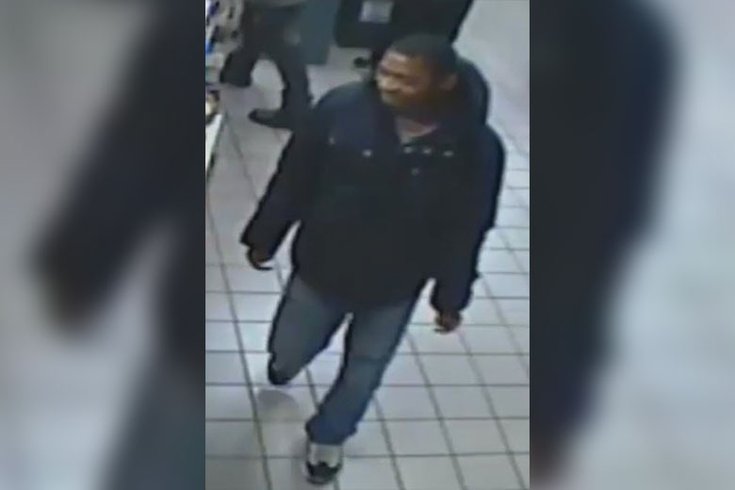 Police are looking to identify and locate the suspect wanted for a theft in Tioga.

Police are seeking the public's help in finding a suspect wanted for theft at a gas station in Tioga.

In surveillance video released by police Tuesday, two unknown males can be seen arriving at a BP gas station located at 2200 W. Allegheny Ave. on Thursday at 2:52 a.m.

The men pull up in a 1990s to early 2000 silver Mercury Grand Marquis or Ford Crown Victoria sedan with dark tinted side windows.

Once inside, police say one suspect grabs money from a 33-year-old man who had just used the ATM. He then flees on foot. He can be seen returning to the area approximately two minutes later and motioning toward the vehicle as he walks away, authorities say.

Suspect No. 2: Black male, early- to mid-20s, with medium brown complexion and medium build, wearing a gray/black hooded jacket with the hood up, dark-colored pants and dark-colored sneakers.