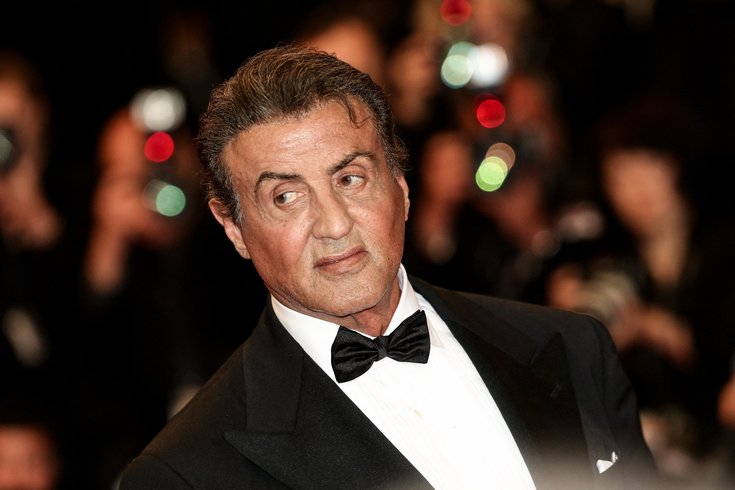 Sylvester Stallone tried to win Princess Diana's heart at an Elton John party in 1993, but lost out to actor Richard Gere.

Sylvester Stallone once tried to use his "Rocky" charm on Princess Diana in the early '90s, but his attempts to win her heart were unsuccessful thanks to mega-hunk Richard Gere.

The '90s love triangle that no one saw coming was revealed in an excerpt from Elton John's highly-anticipated memoir, "Me." John was known for his extravagant, star-studded parties in the '80s and '90s. On one particular evening in 1993, Gere, hot off his break-up with Cindy Crawford, and Princess Diana, recently divorced from Prince Charles, hit it off right away.

The two were seen "in rapt in conversation" in front of the fireplace, John writes. Meanwhile, a jealous Stallone was watching the whole thing unfold and looked visibly upset.

"Judging by the kind of looks he kept shooting them, Diana and Richard Gere's newly blossoming friendship was not going down well with Sylvester Stallone at all." Yikes.

Later that evening, Gere and Stallone were found in corridor "squaring up to each other, apparently about to settle their differences over Diana by having a fist-fight." (Side note: Edward Lewis, from "Pretty Woman," and Rocky Balboa fighting over royalty would've made an excellent "Rocky" sequel.)

But, unfortunately for Stallone, it was pretty clear by the end of the night that the Princess of Wales had picked her man: “After dinner, Diana and Richard Gere resumed their position together in front of the fire."

John wrote that Stallone stormed out, visibly upset. "'I never would have come,' he snapped, as David and I showed him to the door, 'if I’d known Prince f—in’ Charming was gonna be here.' Then he added: 'If I’d wanted her, I would’ve taken her!'

According to the pop superstar, Diana was too enraptured by the glory that was '90s Richard Gere and paid no attention to what was happening with Stallone. It's too bad, really. Philly was so close to having a royal wedding.