The singer released "Red (Taylor's Version)" on Friday, the second in her collection of re-recorded albums 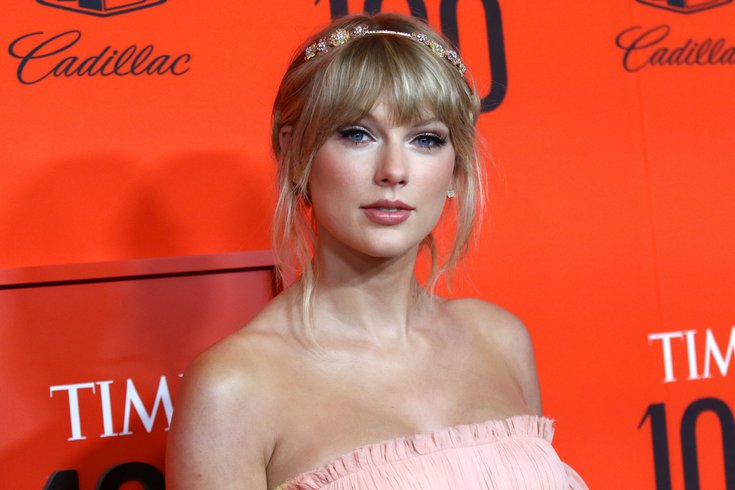 Taylor Swift and her fans have had a busy weekend, as the singer-songwriter performed as this week's musical guest on Saturday Night Live, with a show hosted by actor Jonathan Majors.

The performance, in which Swift sang an extended, 10-minute version of her 2012 break-up song "All Too Well", is her second live performance of the song this weekend. The first took place at the New York City premiere of "All Too Well: The Short Film" on Friday evening.

Portions of the 15-minute short film played from a projector behind Swift as she performed Saturday night, the stage littered with fall-colored leaves.
The Saturday Night Live performance comes at the end of a long weekend of promotion for Swift's "Red (Taylor's Version)", a re-recording of her original 2012 album. It is the second in what will be six album re-recordings, following the release of "Fearless (Taylor's Version)" in April 2021. Swift also released "Wildest Dreams (Taylor's Version)" in September, a single from the re-recording of her 2014 album "1989" following a resurgence of the song's popularity on TikTok.
Only six of Swift's nine studio albums will be re-recorded, as her most recent three albums were recorded and released through Universal Music Group's Republic Records. The previous six were recorded during Swift's 12-year contract with Big Machine Records.
The decision to begin re-recording her albums came following a dispute over the ownership of her master recordings.
"You probably don't know this, but most of your favorite artists do not own their work," Swift explains during an appearance on Late Night with Seth Meyers. "There was something that happened years ago where I made it very clear I wanted to buy my own music, that opportunity was not given to me, and it was sold to somebody else."
Swift left Big Machine records in 2018, and the label, along with Taylor Swift's masters, sold to record executive Scooter Braun in 2019. That same year, she recorded her seventh studio album, "Lover", with her new label, acquiring ownership of her own work.
"I figured I was the person who made this work first, I can just make it again. So that's what we're doing," she tells Seth Meyers, to roaring applause from the show's in-studio audience. "When something says in parentheses 'Taylor's Version' next to it, that means I own it, which is exciting."
Each re-recorded album includes the original track list, alongside a collection of songs "From the Vault", including unreleased songs, musical collaborations, or, in the case of Friday's release, the full-length, 10-minute version of "All Too Well".
The extended song includes never-before-heard lyrics, and the accompanying short film, starring Sadie Sink and Dylan O'Brien, tells the story of a short-term relationship between a young woman and an older man, explains Swift's perspective on the song in a new light, compared to the original release of "All Too Well" in 2012.
Watch the live performance below.