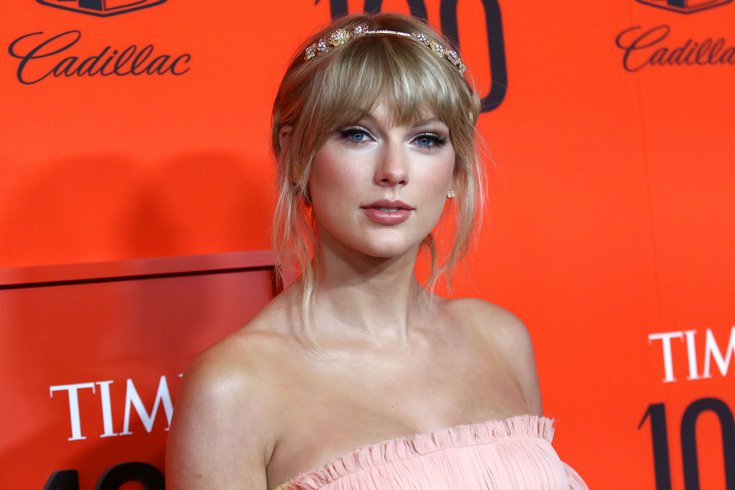 The most-anticipated song on 'Red (Taylor's Version)' may be 'All Too Well,' a track that appears in its original 10-minute form on the remake of Taylor Swift's fourth studio album.

The day that Taylor Swift fans have been eagerly waiting months for finally arrived Friday, when "Red (Taylor's Version)" made its much-anticipated debut.

During an appearance Thursday night on "The Tonight Show Starring Jimmy Fallon," the singer-songwriter talked about why she's so excited for the release of her re-recorded fourth studio album.

"I've been going through the process of re-recording all of my older music, and in the process, I've dug up these songs that I wrote along the way that didn't make the album because I thought I want to save this for the next album," Swift told Fallon. "But the next album would just be a completely different thing, so I'd be like, 'What's going to happen to that?' It turns out [the new album] is an opportunity for me to go back and re-record all the music that was on the original album and what I'm really excited about is these songs no one's ever heard before that we're supposed to be on [the original album]."

The re-recorded track that Swift says she's most excited about on the new album is "All Too Well." The song was originally 10 minutes long when it was written and recorded impromptu by Swift during a band rehearsal for her "Speak Now" tour. But the track had to be cut down to just over five minutes in order to make the original "Red" album in 2012.

Now, Swift's fans will get to hear the entire version of what she says was her favorite song on the original album.

"Basically, when I was writing the 'Red' album, I knew I had a favorite on the album and it was a song called 'All Too Well.' But often times, my personal favorites don't line up with songs that end up being singles or having videos," Smith told Fallon. "I always just have these favorite songs where I'm like, 'That one's just my favorite.' But what happened on ['Red (Taylor's Version)'] was that this song became the fan's favorite on its own. My favorite song and their favorite song aligned. That's the thing I'm the most excited about because it's the original lyrics."

The musician said that she thinks her fans will really enjoy the 10-minute-long track.

"I really do feel like I know [my fans] really well," Swift told Fallon. "I go online, I look at what they think about things. I really care about their opinions and their theories and their teasing and their mocking and their joking. It's all from a very loving place. I really like our relationship, so I think I know what they are wanting. I think that the version that we're putting out is going to be for them the new standard version of what this song is because it is the original form and I'm just that proud of it."

Swift used the premise of "All Too Well" to write and direct a short film bearing the same name as the song. Starring Sadie Sink and Dylan O'Brien, the film will debut on YouTube on Friday at 7 p.m. Swift also confirmed that the film contains a number of cryptic Easter eggs that her fans have become obsessed with in recent years.

Fans of the 31-year-old Swift won't have to wait long to see her perform "All Too Well" live. The artist hinted at performing the 10-minute-long song during her appearance on "Saturday Night Live" this weekend.

"What if [my performance] was not two songs as much as it was one song that is the length of three songs?," Swift told Fallon.

"Red (Taylor's Version)" consists of 30 tracks that were considered for the original album and includes collaborations with Ed Sheeran, Phoebe Bridgers and Chris Stapleton.

It never would have been possible to go back & remake my previous work, uncovering lost art & forgotten gems along the way if you hadn’t emboldened me. Red is about to be mine again, but it has always been ours. Now we begin again. Red (my version) is outhttps://t.co/ZUAWDuv4jL pic.twitter.com/Ji26KdOlWQ

The remaking of "Red" is part of the Berks County native's attempt to reclaim her music rights by putting out new recordings of her old songs after music manager Scooter Braun bought and resold the rights to many of Swift's albums.

Released in 2012, "Red" spent seven weeks atop the U.S. Billboard 200 chart and was certified seven times platinum in the U.S.

Swift became the first female artist to have three consecutive albums spend at least six weeks at No. 1.

"Red" won top album and top country album at the 2013 Billboard Music Awards. It was nominated for album of the year at the 2013 CMA Awards, 2013 ACM Awards and 2014 Grammy Awards.