The singer-songwriter has made five previous appearances on the comedy show, including once as host 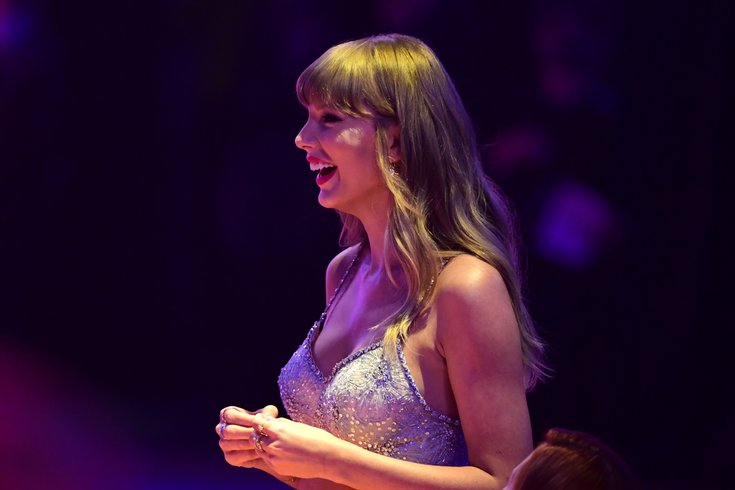 Taylor Swift's musical performance on 'Saturday Night Live' on Nov. 13 will come on the heels of the release of 'Red (Taylor's Version).'

Taylor Swift will celebrate the release of her re-recorded "Red" album with an appearance on "Saturday Night Live" later this month.

The singer-songwriter will serve as the show's musical guest on Nov. 13. Actor Jonathan Majors will be the host.

Swift has appeared on SNL five times since 2009, including once as host and a cameo on the show's 40th anniversary episode. She most recently appeared on the show in October 2019, performing the songs "Lover" and "False God" from her album "Lover."

Her next appearance will come one day after the release of "Red (Taylor's Version)" and one week before the 2021 American Music Awards, where Swift has been nominated for three honors – including artist of the year.

The new "Red" album will consist of 30 tracks that were considered for the original album, including one song that's 10 minutes long. It also will include collaborations with Ed Sheeran, Phoebe Bridgers and Chris Stapleton.

The remaking of "Red" is part of the Berks County native's attempt to reclaim her music rights by putting out new recordings of her old songs after music manager Scooter Braun bought and resold the rights to many of Swift's albums.

Released in 2012, "Red" spent seven weeks atop the U.S. Billboard 200 chart and was certified seven times platinum in the U.S. Swift became the first female artist to have three consecutive albums spend at least six weeks at No. 1.

"Red" won top album and top country album at the 2013 Billboard Music Awards. It was nominated for album of the year at the 2013 CMA Awards, 2013 ACM Awards and 2014 Grammy Awards.