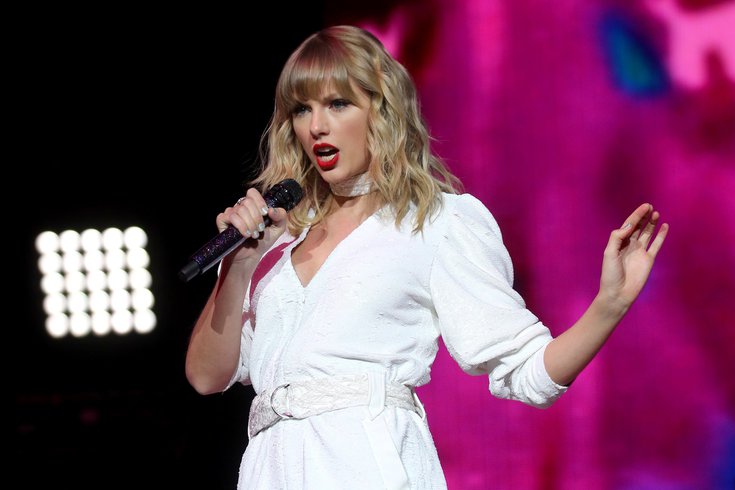 Taylor Swift released the track list and guest collaborators that will be featured on her latest release, "Red (Taylor's Version)" in a clue-filled video earlier this week.

Taylor Swift puzzled fans yet again with another code-filled video hinting at the track list and collaborators for her latest re-released album "Red (Taylor's Version)."

The singer posted a video Thursday similar to one she dropped earlier this year that hinted at her rerecording of "Fearless (Taylor's Version)," which sent fans on a wild goose chase looking for clues.

The 30-second video showed 13 sets of scrambled letters, a nod to Swift's favorite number, which contained clues to the track list and collaborators featured on the album, set to release Nov. 19.

"*presses post* *cackles maniacally* Level: casually cruel in the name of being honest," the Berks County native captioned the post.

Level: casually cruel in the name of being honest pic.twitter.com/Tf0ahCMql8

Fans were able to decode the clues and discovered the scrambled letter sets were lines in a word search.

This was a departure from her "Fearless" hint video, which included scrambled words rather than an entire, deconstructed word search. Taylor confirmed her fans findings on Friday.

"I know some of you thought that would be like trying to solve a crossword and realizing there’s no right answer BUT…you played it good & right," Swift posted on social media Friday, invoking lyrics from title track "Red."

"I can’t express my gratitude enough to these artists for helping me bring these songs to life. I can’t wait til we can dust off our highest hopes and relive these memories together," Swift said in the post. "We’ll also be making a bunch of new ones too, since Red (Taylor’s Version) includes so many songs you haven’t heard yet. Til then, I’ll be counting down and picturing it all in my head. In burning red."

Swift also said there will be a 10-minute version of one of her most beloved songs, "All to Well," on the album.

This is the latest re-recorded album of Swifts, following "Fearless (Taylor's Version)" that dropped last April. The singer is re-recording her library of albums after music executive Scooter Braun purchased her masters recordings before selling them for millions last year, USA Today reported. Re-recording her music gives her ownership over her earlier albums.

Swift said she plans to re-record her first five albums, including the remaining three "Taylor Swift" "Speak Now" and "1989," sometime next year.