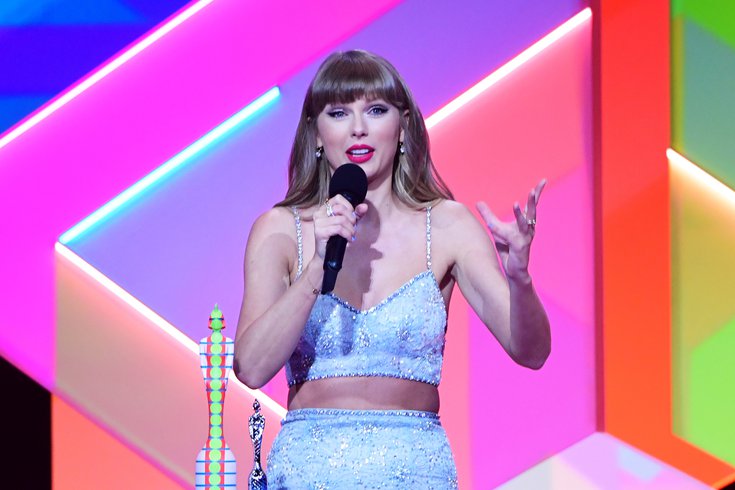 'Red (Taylor's Version)' will consist of all 30 tracks that were planned for the original album when it debuts November 19, Swift said.

Taylor Swift will take her fans back to 2012 this fall when she releases a re-recorded version of her fourth studio album, "Red."

"Red (Taylor's Version)" will consist of all 30 tracks that were planned for the original album when it debuts November 19, the singer and songwriter said on social media Friday. One of the songs is 10 minutes long, according to Swift.

MORE: Harriet Tubman museum opens in Cape May on Juneteenth

The re-recorded "Red" album is now available for pre-order on the musician's website.

Swift shared what "Red" meant to her in a message posted on social media Friday.

"Musically and lyrically, 'Red' resembled a heartbroken person," Swift said. "It was all over the place, a fractured mosaic of feelings that somehow all fit together in the end. Happy, free, confused, lonely, devastated, euphoric, wild and tortured by memories past. Like trying on pieces of a new life, I went into the studio and experimented with different sounds and collaborators. And I'm not sure if it was pouring my thoughts into this album, hearing thousands of your voices sing the lyrics back to me in passionate solidarity, or if it was simply time, but something was healed along the way."

The next album that I’ll be releasing is my version of Red, which will be out on November 19. This will be the first time you hear all 30 songs that were meant to go on Red. And hey, one of them is even ten minutes long🧣 https://t.co/FOBLS5aHpS pic.twitter.com/6zWa64Owgp

Released in 2012, "Red" spent seven weeks atop the U.S. Billboard 200 charts and was certified seven times platinum in the U.S. Swift became the first female artist ever to have three consecutive albums spend at least six weeks at No. 1.

"Red" came in at No. 99 on Rolling Stone's most-recent ranking of the "500 Best Albums of All Time" last year.

"Fearless" was the best-selling album in 2009 and topped the U.S. Billboard charts for almost three months. It remains the most-awarded country music album of all-time.

The remade albums are Swift's attempt to reclaim her music rights by putting out new recordings of her old songs after music manager Scooter Braun bought and resold the rights of many of Swift's albums.