It includes 25 minutes of new footage, delves deeper into the Greek tragedy of Apollo creed and explores the 'construction' of Soviet boxer Ivan Drago 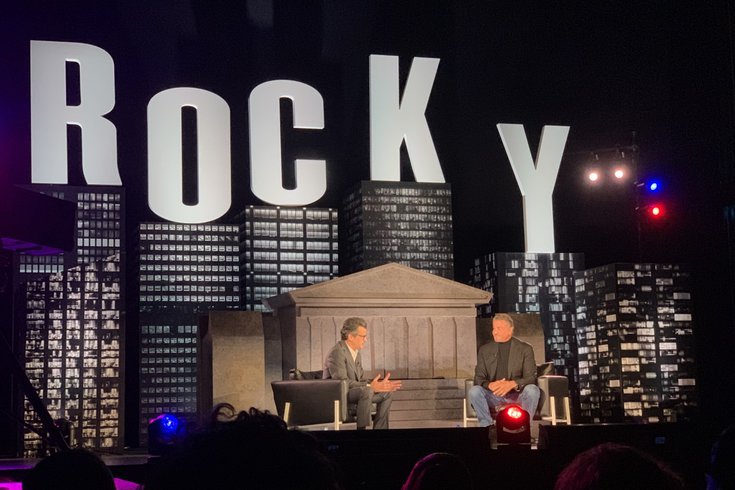 'Rocky IV: Rocky vs. Drago – The Ultimate Director's Cut' had a re-carpet premiere in Philadelphia on Thursday night, attended by Sylvester Stallone. The movie includes 25 minutes of new footage but also cuts out some memorable parts of the original, like Paulie Pennino's robot maid.

Everyone had their pandemic projects to keep them occupied during COVID-19 lockdowns. Sylvester Stallone was no different – just instead of reorganizing his closet he recut "Rocky IV" – a blockbuster film and one standout chapter of an iconic franchise of movies that's become woven into the fabric of Philadelphia culture.

Like the rest of us, Stallone's project took longer than expected, too.

He figured it would take three or four weeks to complete the new edit, he told the audience at Thursday night's Q&A session at the Philadelphia Film Center in Center City, which was part of the red-carpet premier for "Rocky IV: Rocky vs. Drago – The Ultimate Director's Cut." It ended up taking nine months to perfect.

Stallone's visit to Philadelphia coincided with the one-night-only release of "Rocky vs Drago" in theaters. After its night on the big screen, the recut movie arrived on Friday for rent or purchase on streaming services like Vudu.

This recut version of the movie had been scheduled to be released in 2020 to celebrate the movie's 35th anniversary. Among the changes, Stallone has added in never-before-seen footage of Creed's fight with Drago and removed the storyline about Paulie Pennino's robot maid. The re-release has 25 minutes of new footage, Stallone said, but at 94 minutes long, "Rocky vs. Drago" only runs three minutes longer than he the original "Rocky IV."

"Overall, it's much more dramatic, but it still has the punch of the fight of the big finish at the end," Stallone said. 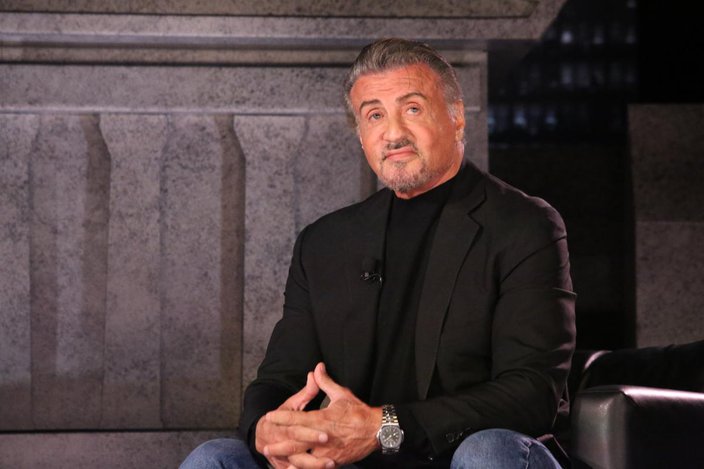 Sylvester Stallone is shown on stage at the premiere of 'Rocky IV: Rocky vs. Drago.' Before the screening of the movie at the Philadelphia Film Center on Thursday, Nov. 11, 2021, Stallone answered questions about his new director's cut of the 1985 movie.

Stallone, who starred in, wrote and directed "Rocky IV", was joined at the premiere by Burt Young, who played Paulie Pennino, and Turner Classic Movie host Ben Mankiewicz moderated the Q&A, which featured behind-the scenes information of the making of the film. Mankiewicz said he thought the recut film has "more humanity" than the original.

Stallone shared he wanted to use smaller moments in the film to showcase how Apollo was "like Icarus" flying too close to the sun, and bring depth to Ivan Drago's character, demonstrating how that boxer was a "victim" of the Soviet Union.

"It touches on the sensitivities of why Apollo is almost like a Greek tragic figure, he's being drawn to this flame of destruction," Stallone said. "Dolph Lundgren was portrayed in the first one as robotic, foolish, nothing but a pile of flesh. This one, you realize he's been constructed like a Frankenstein monster ... He's a political tool, literally just like a weapon." 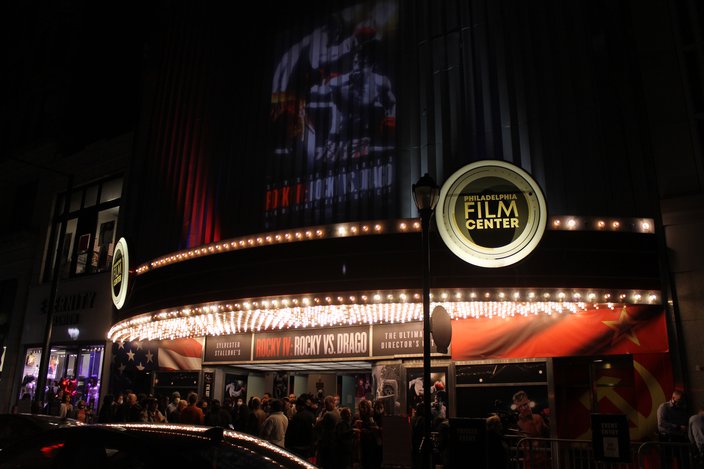 "Rocky IV" originally debuted November 1985 at height of the Cold War and serves as a proxy fight between the United States and the Soviet Union.

Lundgren's Drago is an emerging boxing talent and amateur champion from the U.S.S.R. In what is billed as an exhibition match, Drago fights Apollo Creed, Rocky Balboa's onetime rival, who is now his friend and trainer. But ego and the undercurrent of international tension result in the fight taking a serious turn, and Drago kills Creed in the ring. Then seeking revenge, Rocky heads to Russia to train for his own fight against Drago.

Stallone said he chose to re-release "Rocky IV" because it was the most popular of the series, earning $300 million at the box office. He also said he wanted to remove the more "cheesy" elements of the film.

"I knew there was tremendous room for improvement," Stallone said. "I took a whole different turn (with Rocky IV) and went for a montage style, a very 80s style, a lot of smoke and a lot of star filters. I look at it and I go 'Oh my God, what was I thinking?'"

Stallone added more scenes with Adrian, too, and shared the role originally almost went to another actress – Bette Midler, Cher and Susan Sarandon were up for consideration before Talia Shire was ultimately chosen. 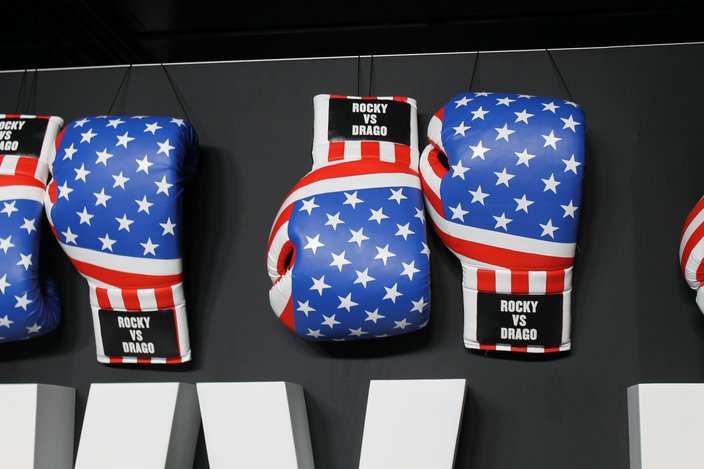 American flag gloves like the ones Apollo Creed wore to fight Ivan Drago in 'Rocky IV' are displayed as decorations at the Philadelphia Film Center. Sylvester Stallone says his new;y released directors cut of the film shows more depth to the characters and strips down the flashy, 80s style of the film.

Stallone also teased the possibility of a prequel television series that tells the story of Rocky growing up in the 1960s. He pitched the idea on social media earlier this year.

For the action star, it's still humbling to be back where the story started.

"It's baffling, I don't know how this happened – it started out as a very simple story about a simple man, and it manifested itself in such an amazing way that still seems to reside over who I am," Stallone said.

Preceding the release of the director's cut by a couple weeks, Stallone posted to YouTube a 93-minute behind-the-scenes look at the making of "Rocky vs. Drago." You can check that out below: