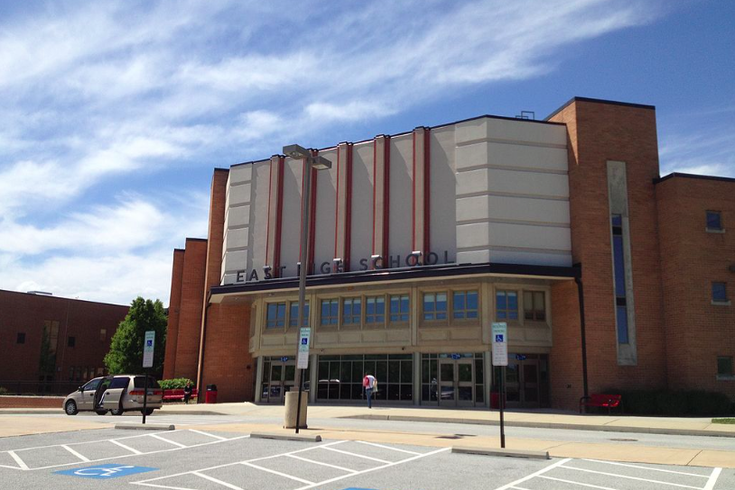 A 14-year-old student has been charged with a series of racially charged Instagram threats directed against students at West Chester East High School posted on the 16th anniversary of the 9/11 attacks, authorities and school district officials announced Tuesday.

Police said the social media threats surfaced Sunday detailing a vague plan to inflict harm on white, Hispanic and black freshman students, some of whom were called out by name.

"If you guys come to school tomorrow, you will die," one of the posts reportedly said.

Absenteeism surged the next day as students opened up to school officials about ongoing hostility and bullying on social media. A community meeting held Monday night in West Chester aimed to further address those concerns, according to the Daily Local.

The student linked to Sunday's posts, identified only as a black male, allegedly admitted to making the threats on the "East Shade Room"  Instagram page during an interview with police on Monday. He faces juvenile charges of making terroristic threats, harassment, and cyber threats. The case has since been turned over to the Chester County District Attorney's Office.

"Our schools are a reflection of our society, and in that regard, racism does exist here, just the way it exists in every corner of our community," West Chester Area School District Superintendent Jim Scanlon said in a statement Tuesday. "As much as we would like to think that it does not, the reality is that in our society, people of color are still sometimes unfairly judged and treated. I believe that is an important truth that must be recognized in order to truly make adequate progress. We must recognize and acknowledge racism in order to eradicate it."

Officials said that while no credible threat of violence was discovered, it's not uncommon to see incidents of this nature occur on sensitive anniversaries such as 9/11. Authorities in Doylestown investigated a different threat found Monday inside a bathroom stall at Central Bucks High School.

School district officials plan to hold meetings with students to discuss the issue of race relations at West Chester East High during the next several weeks.

"We work very diligently on a daily basis to create school environments that are safe, inclusive, warm, welcoming, supporting, and that celebrate diversity," Scanlon said. "We do work to remove racism. But certainly, this is a goal that is bigger than us. It starts at home and in our community."