An NYPD detective determined Ousmane Bah, 18, looks "nothing" like the suspect 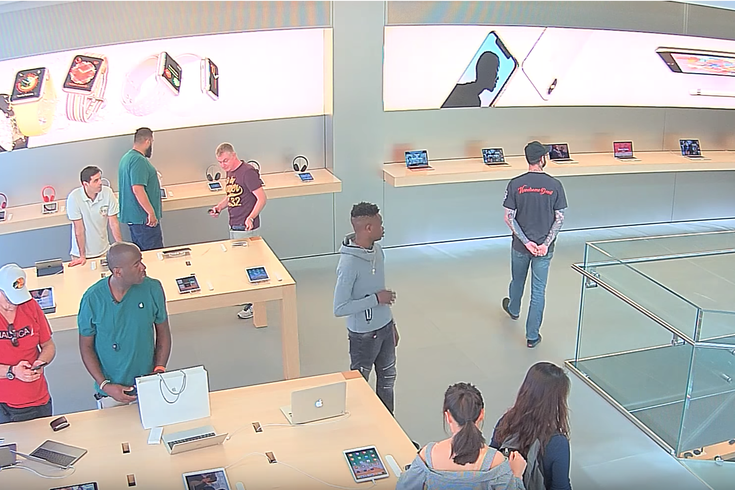 A teenager from New York is suing Apple for $1 billion because he claims the company’s stores wrongfully linked him to a series of thefts at Apple stores on the East Coast.

Ousmane Bah, 18, is still wanted for the alleged thefts in New Jersey, according to KTVU in Oakland, California, although cases against Bah in Delaware, Massachusetts, and New York have been dropped.

Bah is suing because his arrests, and continued legal appearances, have caused him to miss exams and perform poorly in school, on top of what he believes is a case of mistaken identity. The suit insinuates Apple’s retail stores use facial recognition technology to identify shoppers, which an Apple spokesperson denied to KTVU.

Surveillance of the Massachusetts theft, which Bah’s attorney provided last May, shows a suspect whom the attorney noted looks clearly different from Bah in height and other distinguishing features.

At one point, a New York Police Department detective also noticed the discrepancies between Bah and the man in the video, according to the suit, concluding the suspect “looked nothing like” Bah.

"We believe the video clearly exonerates Mr. Bah, and puts the onus on Apple to answer how did they identify my client as the perpetrator of a crime if they weren't using facial recognition," Bah's attorney, Subhan Tariq, told KTVU in an email.

Bah’s case was dismissed in Massachusetts after the Boston District Attorney’s office viewed the surveillance footage and concluded Bah had not committed the thefts, according to the suit. The same thing happened in the New York case.

“Despite the false allegations and being told after the November incident in New York that they had identified the wrong guy,” Bah’s attorney told KTVU, Apple has still not made remedial efforts to withdraw those criminal complaints in New Jersey.”