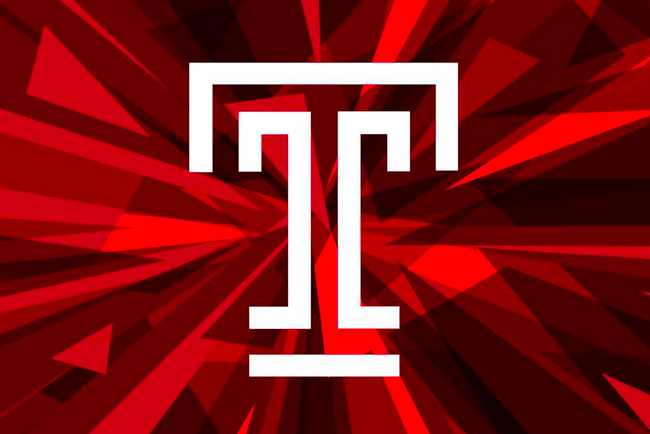 Earlier this year, BillyPenn published a list of the area's colleges ranked in terms of their ability to party.

Coming in rather low on the list was Temple University, ranked 12th. That came as a surprise to this Owl alumni, however, the website's reasoning was sound.

Despite the Twitter account that is infamous among recent graduates and students, known as @TempleMakeouts, BillyPenn calculated the school's Greek population (which is weak compared to other Pennsylvania colleges), a factor that ended up being Temple's downfall on the list. More from BillyPenn:

We were slightly surprised to see Temple fall as low on this list as it did, mostly because we’ve all seen this, um, interesting Twitter account that makes it seem like Temple students just get drunk and make out with each other at all hours of the day. And while the school goes nuts when the basketball team performs well, it lost points for a small Greek population and a very few good bars in the immediate vicinity of campus.

While that's a fair point concerning Temple's sororities and fraternities, campus watering holes like Maxi's and Pub Webb may have a few things to say about the "few good bars" argument.

Conversely, one website seems to think that Temple doesn't get enough credit. Thrillist published a list in September of the 11 most underrated party schools, and the Cherry and the White made the list. More from Thrillist:

When it comes to parties in Pennsylvania, Penn State gets most of the attention. But the students at North Philly’s Temple just might be the ones hogging all the Keystone State’s Keystone. On Fridays, the streets are overrun with hundreds of students swarming from party to party like zombies drawn to $5 cups. But the bar scene matches the parties every night, with theme nights for every night of the week, and beers dipping as low as 50 cents.

Now, the 50-cent beers may be referring to the Draught Horse's Wednesday special, which used to feature Miller Lites for that price (they're now $1).

But the "swarms" of undergraduates looking for $5-a-cup house parties is accurate, and the website does acknowledge how the loss of the annual Spring Fling celebration, which was axed two years ago, hurt the school's raging reputation a bit.

Either way, if you have any doubts about Temple's party atmosphere, you might want to take a stroll through campus after the Owls play Notre Dame on primetime television. Win or lose, students are likely to celebrate heartily.