Temple University is getting a Chick-fil-A, Saladworks and more 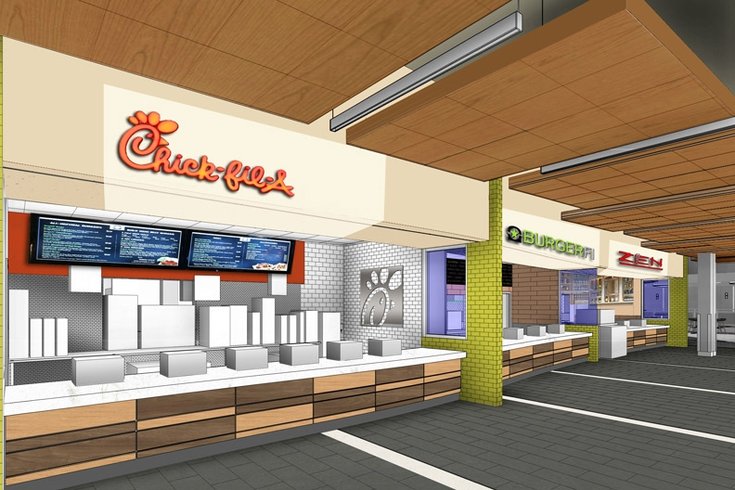 A few days after being lambasted by city officials for raising meal plan prices because of the soda tax, Temple University announced some good news for students who pay for the school's dining services.

Temple said in a press release Tuesday when the Howard Gittis Student Center food court (known to students as the SAC) reopens for the 2017 fall semester after undergoing renovations, students will have a host of new options.

Those new brands will replace existing options in the food court, the school said. Also being added is a Starbucks in the center's atrium.

As noted, the school was the subject of intense scrutiny from Mayor Jim Kenney's office last week after the board of trustees claimed the city's soda tax would cost Temple $400,000, according to The Temple News.

So, the school said it would revisit the increase. But in other words, adding a Chick-fil-A is some welcome, positive press for Temple. It also has former students drooling about what could have been:

Insert generic "where was the chickfilA when I went here" comment https://t.co/QWoN1AoCQJ

Yeah, as a former student, that would have been nice.