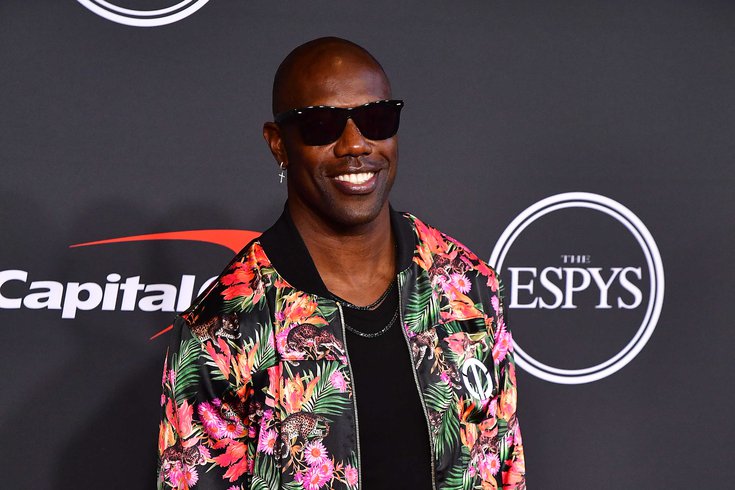 Terrell Owens says he was defending himself when he punched a man outside a CVS pharmacy in Inglewood, California on Saturday night. Video of the incident shows the former NFL star knocking the man to the ground.

Former Eagles wide receiver Terrell Owens punched a man to the ground during a fight Saturday night in a Los Angeles suburb.

Video of the encounter, obtained by TMZ, shows Owens squaring up with a shirtless man outside of a CVS store in Inglewood. Owens had several inches on the man, who fell to the ground after three quick strikes. The man reportedly got back up quickly, but backed out of further confrontation.

Owens, 48, told TMZ that he had made a quick stop at the CVS around 11:30 p.m. to pick up a few things. While inside the store, Owens said he was engaged in a friendly conversation with a fan when another man approached them and started instigating with the fan.

Witnesses told TMZ that the man threatened to beat up Owens and the fan outside the pharmacy. Owens attempted to broker peace outside, but the man took an unprovoked swing at him, the NFL Hall of Famer said. That's when Owens sized the man up and punched him.

Police were not called to the scene.

This is the second unwanted encounter Owens has had with a stranger in recent months. In August, a Florida woman called police and accused Owens of speeding outside his home. The woman told officers she felt threatened by Owens, who filmed the encounter on Instagram Live.

"You're a Black man approaching a white woman!" the woman said when Owens asked her why she called police.

The woman was charged earlier this month with filing a false police report.

Owens had a tumultuous NFL career, sometimes feuding with teammates and stirring media frenzies, but he does not have a criminal past and generally has not been involved in public incidents of this nature.