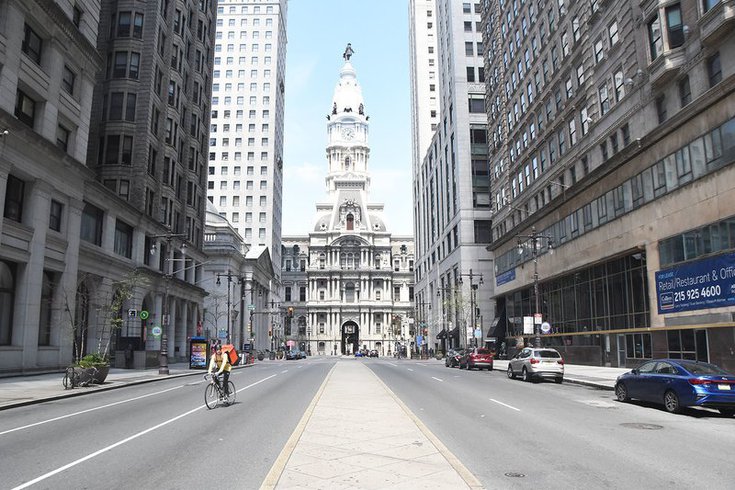 This year is on pace to be the second consecutive year of positive net retailer and restaurant openings in Center City, according to a November 2022 retail report issued by Center City District.

As Philadelphia businesses continue to recover from effects of the COVID-19 pandemic, the downtown area is on its way back to pre-pandemic success.

This year is on pace to be the second consecutive year of positive net retailer and restaurant openings in Center City, according to a November 2022 retail report issued by Center City District.

MORE: Take in art exhibits on the water with a proposed floating gallery on the Delaware River

The 28-page report was compiled by combining results of Center City District (CCD) on-street surveys, data on pedestrian volumes, conversations with brokers and retailers, and data from a variety of city, state and federal sources.

With over 80% of storefronts within the Center City District open for business, 2022 is on pace to be the second consecutive year of positive net openings in #CenterCity Philadelphia. Read our new Retail Report to see other trends from the past few months: https://t.co/xCDeZvMuJx

Office workers have been gradually returning to in-person work in the city, at just over 50% of pre-pandemic levels in October. Hybrid work patterns have somewhat limited office workers' recurring purchases downtown.

Despite these work habits, the return of conventions, tourism and the reopening of cultural institutions, as well as shopping opportunities across the city and the continued growth of Philadelphia’s downtown residential population have combined to achieve the second consecutive year of positive net restaurant and retailer openings in Center City.

Philadelphia's downtown population is the third largest in the U.S. The report details that in October 2022, Center City residents were at 119% of the October 2019 population. Daily pedestrian foot traffic achieved three-quarters of pre-pandemic levels.

From @Express Edit to @jcrew, there've been several new retailers opening on Walnut Street in Rittenhouse Row! Have you had a chance to visit them all yet? pic.twitter.com/2jijiJCYwl

“Center City retailers, restaurants, and commercial property owners have responded to a series of challenges in the last three years with creativity and resilience,” Paul R. Levy, President and CEO of Center City District, said in a release.