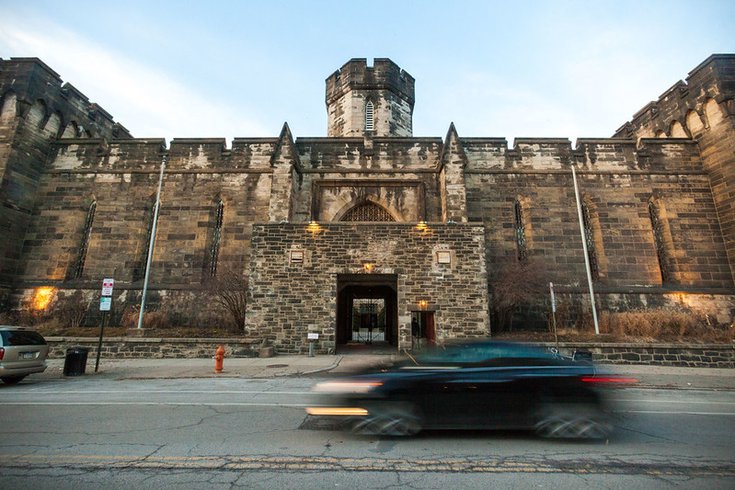 An Eastern State Penitentiary official says the decision to cancel the 2020 Terror Behind the Walls event is due to financial strain caused by the COVID-19 pandemic, including additional costs anticipated to make the Halloween attraction safe for attendees.

Eastern State Penitentiary will not host its popular Terror Behind the Walls haunted tours this fall because of the financial impact and health guidelines due to the coronavirus pandemic.

Additionally, the nearly 200-year-old former prison in Fairmount that operated year-round as a historic site is cutting 40% of its staff.

Eastern State's revenue abruptly halted in March when all museums in Philadelphia were told to close their doors in an effort to slow the spread of COVID-19. Months later, the organization is feeling the impact, CEO Sally Elk said

"We are simply out of options," Elk said in a statement. "The strength of this organization has always been its dedicated and ambitious staff. We are heartbroken."

Terror Behind the Walls has taken place annually around Halloween, generally running from late September until Early November. In the past, the event has been a significant source of revenue for the museum. The haunted tours also employed around 200 people and included Hollywood-quality sets, animatronics and custom-designed soundtracks.

Compounding the financial strain from not being open now, Eastern State officials anticipated more costs in implement coronavirus safety guidelines for Terror Behind the Walls.

"Modifying the haunted attraction to comply with anticipated COVID-19 guidelines would have presented significant operational challenges and financial risk," the museum said in a release.

Reposted from @terroratesp: We have some sad news to share. The financial impact of the ongoing coronavirus pandemic has forced us to suspend Terror Behind the Walls for 2020. Preparations for TBTW were underway for months, but we ultimately determined that modifying the attraction to comply with anticipated COVID-19 guidelines would have presented significant operational challenges and financial risk to Eastern State. Instead, @easternstate will offer smaller-scale evening tours of the penitentiary this fall. More to come soon.

Evening events of a smaller scale are planned to take place around Halloween in place of Terror Behind the Walls. More information about those will be released in the coming months.

Eastern State Penitentiary was named a National Historic Landmark in 1965 and inmates were vacated in 1970. Tours of the site began in 1994, with more than 10,000 visitors the first years the building opened.

Construction of the prison began in 1822 and the first inmate was moved there in 1829. Among its famous inmates were Al Capone. Eastern State was the first official "penitentiary," a prison designed to inspire penitence or regret in its prisoners through strict discipline and grand architecture.