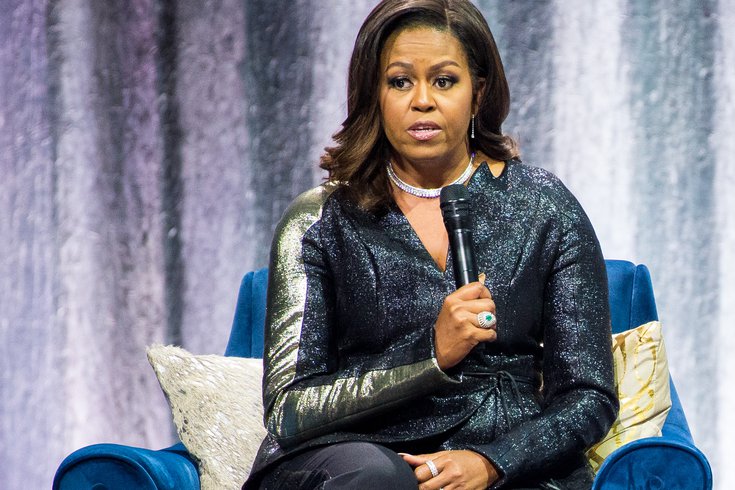 Michelle Obama's foundation, When We All Vote, will operate the virtual event alongside The Roots.

Former First Lady Michelle Obama, as well as actors Tom Hanks and Lin-Manuel Miranda, are among the celebrities who will headline a virtual edition of the 2020 Roots Picnic on Saturday, June 27.

The event is being put together by both The Roots and Obama’s nonprofit, When We All Vote. Hosting the virtual festival will be Questlove and Black Thought of The Roots, as well as Obama herself.

The goal of the event is to help increase voter turnout and get more people registered to vote, festival organizers said. The event is hoping to connect and engage with at least 500,000 eligible voters, part of which will include volunteers from Obama’s nonprofit reaching out to voters during the show.

“The partnership comes from a shared ethos of wanting to reach the most underrepresented community of people when it comes to voting, black people between the ages of 21-35,” event organizers said. “Michelle Obama’s When We All Vote and The Roots have a common goal, to educate and inspire communities to use their voices and vote to make a difference.”

The event will be streamed on YouTube at 6 p.m. ET next Saturday. You can RSVP for the event here.

Event organizers announced last week that the scheduled 2020 Roots Picnic for August 1 was being postponed indefinitely.

The event originally was scheduled to take place on May 30 at The Mann Center before being pushed back to Aug. 1 due to the COVID-19 pandemic.

Event organizers said that they are working with the artists and festival partners to confirm a new date. They did not give a reason for the latest postponement, but large gatherings in Philadelphia remain prohibited by coronavirus-related restrictions.

People who have purchased tickets are encouraged to hold onto them. Tickets will be honored for the rescheduled date.

People who cannot attend the festival on its rescheduled date will be eligible for a refund. Refunds will become available once the new date is announced or on Aug. 9—whichever comes first.

Philly rapper Meek Mill was slated to headline the event with Summer Walker and DaBaby. The event would have marked Mill's first appearance at The Roots Picnic.

The Roots Picnic, hosted by the hip hop group, features three stages of live music, podcast recordings, gaming, art and dialogue. The event began in 2008. It previously was held on Festival Pier at Penn's Landing. before moving to The Mann Center.

The Roots were scheduled to perform during a showcase called “The Roots Present Soul.” Questlove also was going to tape an episode of his "Supreme Podcast."