By Sinead Cummings
PhillyVoice Staff
Festivals Fourth of July
from 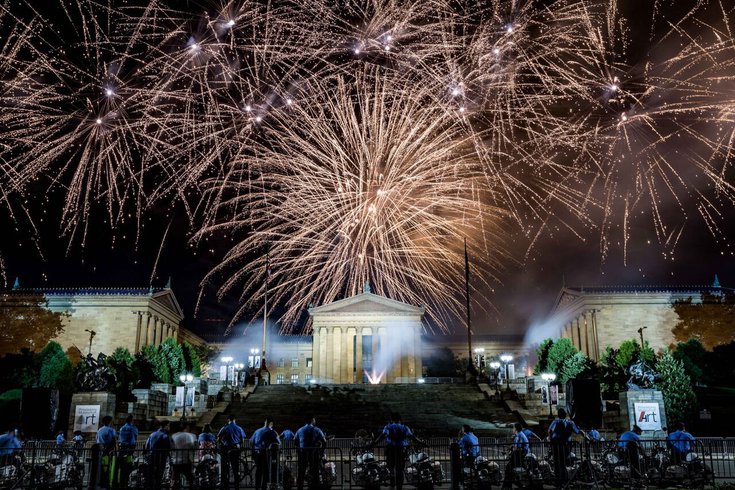 The Wawa Welcome America festival celebrating the Forth of July is going virtual for 2020 due to the coronavirus pandemic. Philadelphians can enjoy at-home experiences.

In May, 2020 Wawa Welcome America organizers announced that Philly's festival on July 4 would be a virtual experience due to the coronavirus pandemic. On Tuesday more details about those plans were provided.

Now, we know what the seven days of free, virtual programming will include – and that Jason Derulo will be the celebrity performer at this year's Fourth of July concert.

A concert on the Benjamin Franklin Parkway featuring a popular singer normally precedes the firework that close out the festival. For 2020, the Fourth of July concert will be broadcast live at 8 p.m. from The Met with no public audience – and there won't be any fireworks over the Philadelphia Museum of Art this year.

Derulo, known for hits like "Trumpets," "Talk Dirty" and "Whatcha Say," will perform, as well as world-renowned Tony and Grammy Award-winning singer and actress Cynthia Erivo and the Jazz Orchestra of Philadelphia.

Another popular event during the festival is Wawa Hoagie Day, which will continue this year in a new way. Instead of hosting a large, public gathering near Independence Hall with free sandwiches, all 900 Wawa stores will participate by building more than 45,000 hoagies to donate to local community organizations, including Philabundance.

Also, free museum days will return. Although visitors won't be able to physically visit the cultural institutions, those interested can head online for daily digital programming at 9 a.m. Check out the lineup of participating museums below:

Other highlights of the 2020 festival include the six-part #MindPHL series created by Independence Blue Cross, which takes place at 8:30 a.m. daily and focuses on relaxation and mental health, and the PECO Go 4th and Learn series filled with virtual activities, including a special edition of Philly Zoo @ 2 on Facebook Live.

There's also an opportunity to learn about recipes from America's first celebration of independence. Chef Walter Staib, an Emmy Award-winning TV host and James Beard-nominated chef, will kick off the festival by taking viewers back in time.