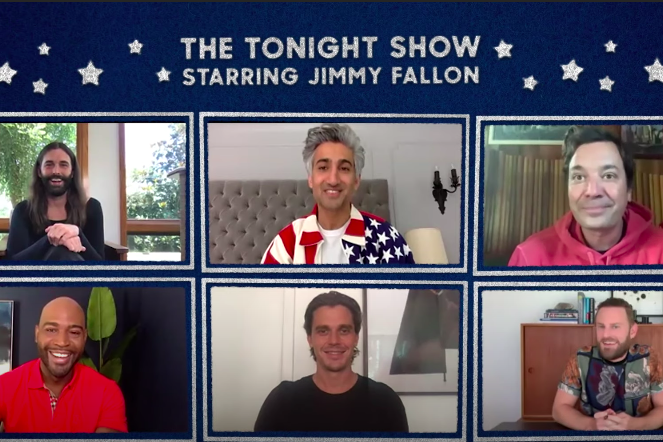 The Fab Five from Netflix's "Queer Eye" didn't hold back in describing to Jimmy Fallon the challenges the cast experienced filming in Philadelphia.

Production on Season 5 of the feel-good makeover show began in the city last June, and the new season of 10 episodes debuted Friday on the streaming service. On Tuesday's "The Tonight Show," cast member Karamo Brown called Philadelphians "tough nuts to crack."

"Philly's the only place I ever had someone be like, 'Nah, I'm good,.'"Brown said.

He knows a little bit about life in Philadelphia. Brown starred on MTV's "Real World: Philadelphia" in 2004. He told Fallon it was strange to come back to the city as an adult.

A trip with the "Queer Eye" crew to West Powelton to coach Nate McIntyre, owner of Bodyrock Bootcamp, brought back memories of his "Real World" days and made Brown laugh at how much his life has changed.

"I had went to a block party down the street from there 15 years before, where I was, like, throwing up and puking" Brown said, "And now, I'm over there, giving him life advice, like 'be better, do great things.'"

Tan France, who became an American citizen on Tuesday, compared the city's residents to those in his native England.

"Brits are kind of a closed-off people" France said. ".... You don't show emotion; you don't really open up voluntarily. So, it was a little harder this season. I usually find it very, very easy to build a bond with people and get them to talk to me. It was the most difficult experience I've ever had."

Bobby Berk and Antoni Porowski agreed, but Jonathan Van Ness didn't find Philly people to be so standoffish. "I've been doing hair in Los Angeles and New York for 13 years. I just really didn't feel like they were any harder," he said.

Watch the "Tonight Show" interview with the Fab Five below.