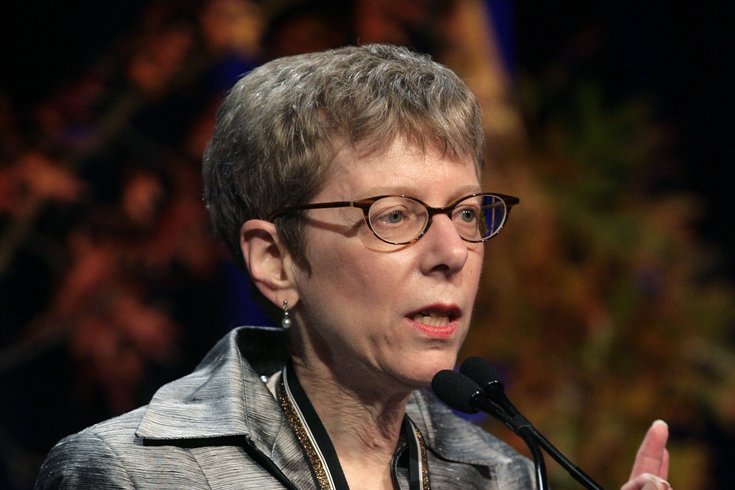 WHYY's own Terry Gross, radio host of NPR's "Fresh Air," will receive a national honor at the White House next week.

Gross is one of 12 to get a 2015 National Humanities Medal, an honor that recognizes people who have "deepened the nation's understanding of the humanities and broadened our citizens' engagement with history, literature, languages, philosophy, and other humanities subjects," according to the National Endowment for the Humanities' website.

As the host and co-executive producer of the show for more than 40 years, Gross is often revered for her down-to-earth interview techniques and wide array of guests, from Louis C.K. and Meryl Streep to Gene Simmons and Amir "Questlove" Thompson.

During the ceremony on Sept. 22, Gross will be awarded "for her artful probing of the human experience. Her patient, persistent questioning in thousands of interviews over four decades has pushed public figures to reveal personal motivations behind extraordinary lives — revealing simple truths that affirm our common humanity," according to a citation that will be read aloud by President Barack Obama released Tuesday.

The NEH, which oversees the process, has honored 175 people since 1996.

"I'm absolutely thrilled to be getting this medal, and to have an opportunity to meet President Obama," Gross told WHYY's NewsWorks. "And Mel Brooks is one of the recipients, so having Mel Brooks and President Obama in the same room, that's going to be pretty great."

Though broadcasted nationally, "Fresh Air" is produced in Philadelphia.

A full list of this year's recipients – who hail from California to Massachusetts – can be found on the NEH's website.