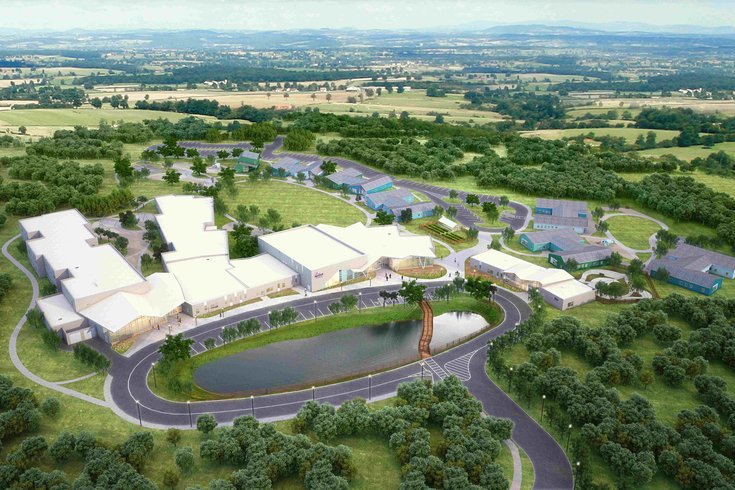 Dr. Ann Leahey, her voice quavering with emotion, spoke – as a parent, an advocate and a physician – about the Bancroft School, the nonprofit organization that aids those with autism, and intellectual and developmental disabilities.

Leahey, a specialist in the treatment of childhood cancers of the eyes at the Children’s Hospital of Philadelphia, spoke from the heart Tuesday during an event to show plans for a new Bancroft campus due to open in 2018. She talked about her own experience with autism in her family.

There were signs even before his birth that her now-20-year-old son, Luke, was not nearly as active as his twin sister, Erin.

But Leahey and her physician husband, Dr. David Vaughn, vice chief for clinical affairs, hematology/oncology, at the Hospital of the University of Pennsylvania, didn’t self-diagnose their son’s disorder, even with another warning sign six months later.

The couple had a routine of going to a nearby park in Philadelphia to push their children in a stroller. But one day Leahey took a side trip for a cup of coffee.

His sense of order and routine upturned, Luke responded with a fit of kicking and crying. When routine returned, so did his calm.

“Denial is not only a river in Egypt,” said the doctor ruefully of failing to follow her instinct.

She pointed out she’d had zero training regarding autism while in medical school, shaking her head at how backward that seems now. 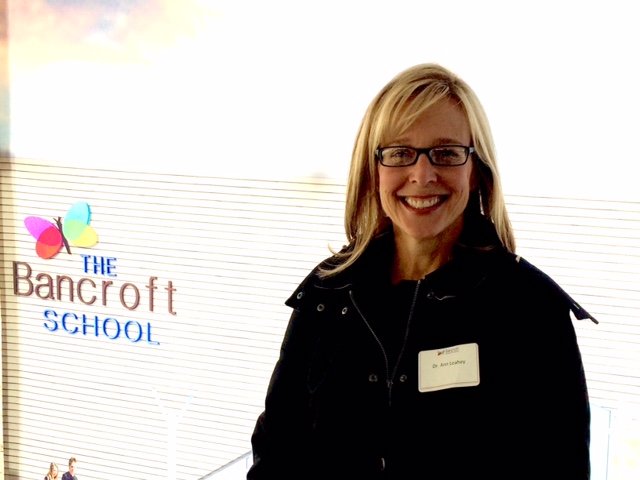 Dr. Ann Leahey, a pediatric oncologist, was in denial that her son was not developing on par with his fraternal twin sister, Erin, despite some clear indicators of his autism. Since he was 2, Luke has been assisted by Bancroft. His mother spoke at a celebration Tuesday to mark Bancroft's construction of a $75 million campus in Mount Laurel.

Leahey’s mother, a kindergarten teacher, told her that something was “wrong” with Luke during a Christmas visit.

So Leahey scheduled a visit to the pediatrician. He recommended day care, apart from his gregarious and active sister, rationalizing that new friends and a new atmosphere might draw Luke out.

An hour after taking her son to day care for the first time at about 18 months, she got a call.

Luke was standing, his head in a corner, spinning a plate, making no contact with classmates or the teacher.

Even with her background as a hospital-based pediatrician and the connections she and her husband had as doctors working at two world-class medical facilities, getting seen by a specialist took weeks to arrange.

“Our vision for this campus is to… create a regional destination of hope for families in the broader autism and special needs community.” – Toni Pergolin, Bancroft CEO

Demonstrating her reaction to the news that her son was autistic, she doubled over, her typically animated face ashen.

“I knew. I knew he was autistic. There was that denial again,” she said.

Fate led her and her family to South Jersey and Bancroft.

They sold their home in Philadelphia, moved to Moorestown and used the value they had accrued in their old home to pay cash for Bancroft services until Luke became eligible for educational assistance through the state at the age of three.

That 18-year reliance on Bancroft led her to tell a small part of her family’s story as part of the celebration of the Bancroft move. The current campus in Haddonfield, Camden County, has been sold, but the organization will stay on there long enough to complete the move.

CEO Toni Pergolin said the plan has been in the works for a decade. The school serves students from every county in New Jersey, as well as Philadelphia and its suburbs.

“Our vision for this campus is to… create a regional destination of hope for families in the broader autism and special needs community,” she told a crowd of dignitaries and stakeholders.

The facility will include several features, such as a pool and play area, that are sensory-friendly or address the need for desensitization, she added. It will also house the Lindens Center for Autism, which includes a neurobehavioral program. 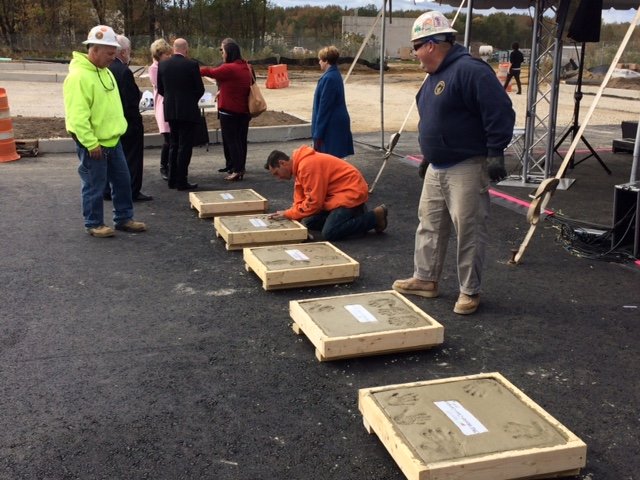 The handprints of dignitaries, as well as children with disabilities, were pressed into wet cement. The tile will become a part of the Bancroft campus in Mount Holly when it opens in 2018.

'WITHOUT BANCROFT, OUR FAMILY WOULD BE LOST'

Leahey told a crowd of more than 100 she was there to pay tribute to Bancroft and its employees, who “feed, clothe and live with our children.”

“I’m just one parent,” she said of the enormous tasks presented by caring for an autistic child.

Somewhat sheepishly, she told the crowd she’d been a cheerleader, but quickly added that experience in some ways prepared her to be Luke’s biggest cheerleader.

She quit her position as a doctor for a time, making it her job instead to reinforce Luke’s responsiveness, something she learned by mirroring Bancroft employees.

And while Luke has made huge strides – he swims, rides a bike, uses email – he remains an unpredictable threat to himself.

He bailed out of a moving car on I-295, then ran into traffic. He jumped off the second floor balcony of a home. He has a seizure disorder on top of his autism. 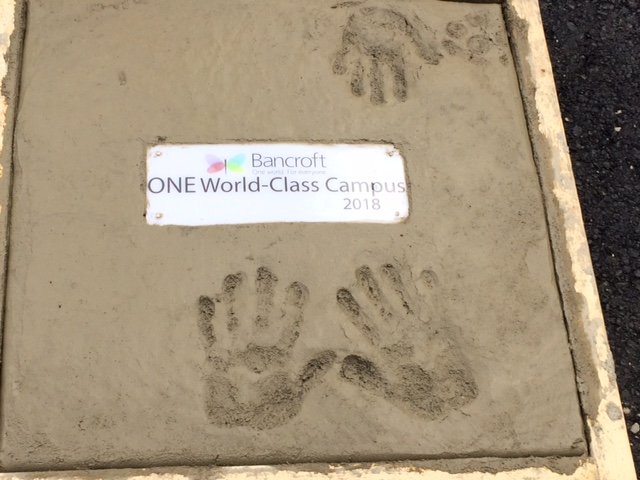 During Tuesday's construction event, Dr. Ann Leahey, a parent of an autistic son, pressed her hand into wet cement along with the handprint of a Bancroft executive and the prints of two children with disabilities

Leahey is anxious about a coming benchmark: Under Jersey guidelines, state educational assistance ends for even the severely autistic at the age of 21.

If the construction timetable is met, Luke will attend school on the new campus and graduate from the new auditorium there.

And while his time there will be short, Leahey sees the benefit as enormous.

“The facility will be the flagship of Bancroft and would benefit Luke indefinitely by strengthening Bancroft as a whole," she said. "It means a great deal to our family, as without Bancroft, our family would be lost.”