Turkey is the focal point, but the magic happens on the rest of the plate 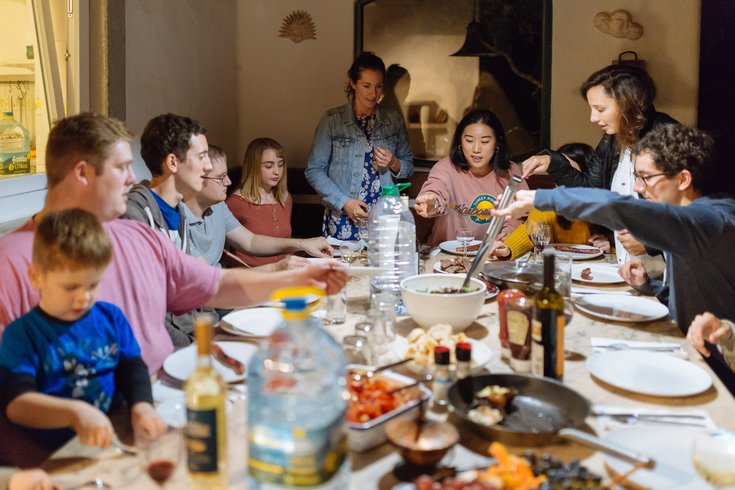 What's your favorite side dish for Thanksgiving dinner?

Crazy, I know. But let those fun facts serve as an introduction into a post that will rank the side dishes that many of us closely associate with the Thanksgiving meal.

This post will not include vegetarian fare. I am not a vegetarian, so my opinions on vegetarian foods would not be worthy of inclusion. If you are vegetarian, I hope you enjoy your Thanksgiving meal all the same.

Nor will it include turkey parts, as Uproxx already did a bang-up job ranking those.

What will appear are traditional Thanksgiving sides, along with, like, unique recipes for each (except the worst ones) because this is not only a definitive list, but service journalism at its finest.

As always, please engage in a spirited discussion in the comments section should you think we missed some important Thanksgiving side dishes.

Glazed carrots remind me of the chilled monkey brains in "Indiana Jones and the Temple of Doom." Also, carrots should not be cooked.

Beets should be classified as inedible for that’s what they are.

Don’t give me this “they’re good for you” crap, either. So is exercising, and you know what? Gyms are closed on Thanksgiving.

There will be no recipes included here. If you insist upon serving this quartet of “food” products to your loved ones, you never really loved them in the first place. I will not be complicit.

9. Cranberry Sauce. Cranberries are the quirky cousin of the Thanksgiving food family. Sure, they’re a big deal for New Jersey’s economy but you know what? Cranberry sauce is kinda weird. (See Indiana Jones reference in previous entry.)

Says my co-worker Sinead, “Jellied cranberry sauce from a jar is just weird looking. No thanks.” I agree with Sinead. Sorry, New Jersey.

8. Creamed Spinach. So good you don’t know you’re eating healthy. That’s the mark of a good vegetable. That scale gets less healthy when you involve cheese in the process. But, who cares. Cheese is good too.

7. Brussels Sprouts. The under-rated superstar of the vegetable world. Don’t @ me; just eat some sprouts, yo. There are a litany of recipes through which they can be prepared for your loving family on the holidays.

6. Asparagus. Five items rank higher than asparagus on this list, but don’t let that take away from the delicacy that is asparagus especially when presented – as my mother-in-law presents it – under a layer of Hollandaise sauce.

I just spoke with my bride about this. She said Hollandaise sauce does not Thanksgiving asparagus make. Here’s the conversation we just had:

Bride: “That’s not what makes the asparagus so good.”

Me: “I’m going to write that in all caps so everybody knows the tone in which you responded to that question.”

5. Rolls. The utility infielder of the Thanksgiving-offerings world. What would Thanksgiving be without them? I hope I never find out. Recommended rolls: Parker House, Pillsbury Grands Unbaked Flaky Layers Original Biscuits and, after watching this video, these:

4. Corn. Until I started researching this listicle, I did not know there was such a heated debate regarding whether corn is a fruit, vegetable or grain, but that there is (see here, here, here and here for more on that.)

What I do know is this: Yes, please, when that bowl of creamed corn makes its way around the table on Turkey Day. And when there’s bacon in it? Yaaaaaaas please.

3. Mashed potatoes. This is where the rankings got difficult.

Mashed potatoes could certainly have landed atop this list.

In fact, third-best seems to be a bit disrespectful for an awesome treat.

I like to prepare them with the skin still on the potato. Maybe you don’t like to do the same. That’s fine. This is America and in America, we even have to tolerate people who like sweet potatoes (yuck).

Here’s a scene from “Dirty Dancing” involving a song that references mashed potatoes. Fine, it references a dance move, not the food. I’m just thankful we had Patrick Swayze in our lives for what turned out to be too-short of a time.

2. Mac and Cheese. Acknowledging the same caveat that prevented mashed potatoes from claiming the No. 1 spot, mac and cheese is a boss food 24/7/365. There are geographic and racial divides that leave mac-and-cheese lacking in widespread Thanksgiving association and popularity.

Having briefly lived in the south back in the mid-1990s, though, I came to accept mac-and-cheese as a Thanksgiving staple. You should too!

I now defer to Patti LaBelle and her Seven! Cheese! Recipe!

AND THE BEST THANKSGIVING SIDE DISH IS...

1. Stuffing. This started a heated discussion at PhillyVoice World Headquarters.

The haters staunchly maintained that mashed potatoes should be No. 1. They also stated that stuffing, too, is eaten year-round. How else could Stove Top maintain a profit margin from January through December, they asked. That's a good point.

With all due respect to the good folks at Stove Top, though, I would argue it doesn't match the glory of homemade stuffing, whether that be made of croutons, breadcrumbs, pork sausage, onions, celery and an assortment of herbs and spices.

Here is a link to a Food Network post that includes 50 stuffing recipes ranging from caramelized onion and creole cornbread to chorizo and crab (and those are just the ones that start with the letter "c.")

Stuffing is what makes a Turkey Day dinner unique.

Stuffing is what brings families together from sea to shining sea.

Stuffing is the best side dish on Thanksgiving.