Thanksgiving travel expected to be the heaviest since 2005, AAA says 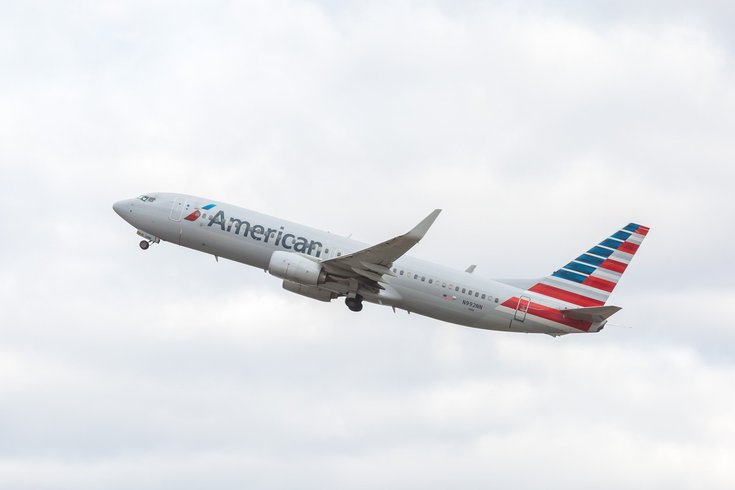 This year is expected to see the highest travel volume across America since 2005, according to AAA. Philadelphia International Airport will see over 92,000 travelers on Wednesday.

More people are expected to be traveling this year than on a usual Thanksgiving weekend.

More than 55 million Americans either will drive or fly somewhere for Thanksgiving, according to AAA. That's 1.6 million people more than in 2018, a 2.9% increase.

It marks the second-highest travel volume since AAA began recording such travel data in 2000. The highest volume was recorded in 2005.

MORE: President Trump roasted for tweet of himself as Philly icon Rocky Balboa

AAA estimates that 49.3 million travelers will take to the road. Another 4.45 million are expected to fly, a 4.6% increase from 2018. The Philadelphia International Airport is certainly seeing its share of them this holiday weekend.

The airport, recently ranked among the most expensive airports to fly out of in the U.S., is expected to see more than 92,300 people in the airport on Wednesday alone, the airport tweeted.

Sun is rising on a busy travel day at #PHLairport. Over 92,300 people will pass through today. Remember, arrive at least two hours early for domestic flights, three for international- and leave plenty of time if parking. More travel tips at https://t.co/KTba92lzxI. #SafeTravels pic.twitter.com/7wYJ6QowHz

Pennsylvania Department of Transportation also noted that the holiday may be a little stressful when it comes to traveling. To ease anxiety, PennDOT encouraged drivers to use its "Historic Holiday Traffic" page, or 511PA. The page compares traffic speeds logged throughout the state on Thanksgiving weekend in 2017 and 2018 to normal drive times.

In the Philadelphia-area, traffic generally is at its worst on Black Friday, most notably in areas around major shopping malls, according to PennDOT. The worst traffic will be seen on I-95 in Delaware County, I-76, U.S. Route 1 near Neshaminy Mall,  and the interchange between U.S. routes 202 and 422 near the King of Prussia Mall and the Philadelphia Premium Outlets.