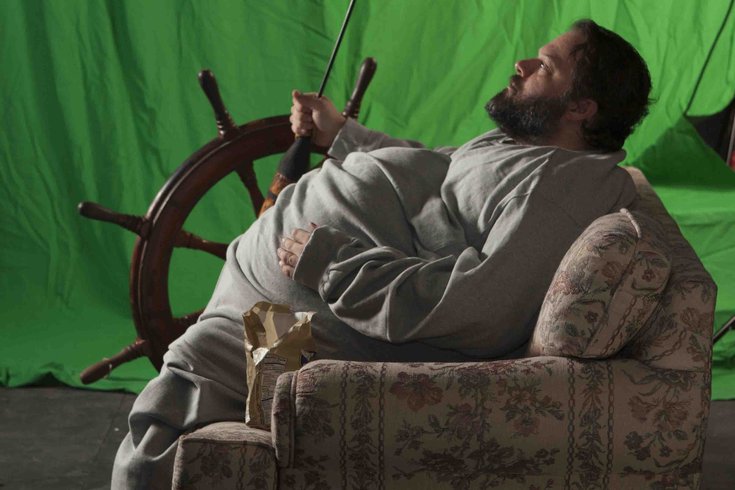 You may have heard about the 'fat suit' two Philadelphia designers created for Scott Greer's 600-pound role in "The Whale." The suit itself is certainly an incredible feat, but so is the play for which it was made. "The Whale," which opens at Theatre Exile's Studio X Thursday, Feb. 5, and runs through Sunday, March 1, was written by renowned playwright Samuel D. Hunter.

Hunter is a 2014 MacArthur "genius" fellow, an honor he was granted for writing works that focus on unusual protagonists and weaving literary themes into the ordinary lives of his characters. Prior to this honor, Hunter won a 2011 Obie Award for playwriting for his work "A Bright New Boise," which was nominated for a Drama Desk Award the same year. In 2013, Hunter was awarded a Drama Desk Special Award and a GLAAD Media Award for "The Whale."

The illustriousness of this play and its writer makes its Philadelphia premiere that much sweeter. In Theatre Exile's production, Greer stars as Charlie, a morbidly obese man slowly eating himself to death and now unable to leave his home. He is grieving the loss of his lover and trying to reconnect with his estranged daughter while teaching an online course in expository writing.

Hunter has said that the idea for "The Whale" began while he was teaching expository writing at Rutgers University and that the conflict between Charlie and his daughter grew out of his struggle to teach his students. Adding to the literary theme, an assignment on "Moby Dick" serves to weave the stories of loneliness and loss together.