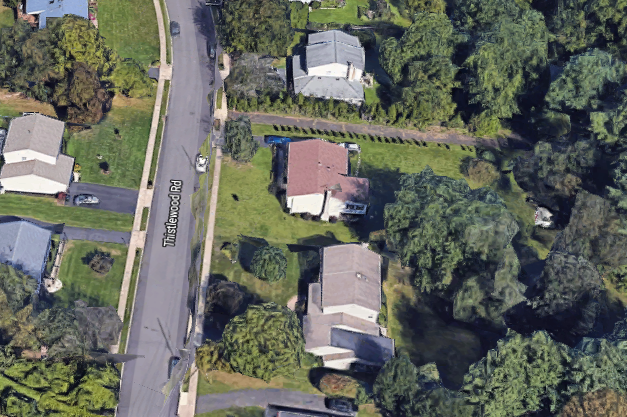 A plane crashed into the backyard of a Willow Grove, Montgomery County home on Thursday morning. Three people died in the crash.

Update, 5:04 p.m.: Authorities have identified the three passengers who were killed in the Thursday morning plane crash.

Jasvir Khurana, 60, a professor at Temple's school of medicine; Divya Khurana, 50; and their 19-year-old daughter, Kiran Khurana, were riding in the plane when it crashed, according to KYW.

It appears the plane was headed for Columbus, Ohio, according to a registered flight plan.

Original story: A plane crashed into the backyard of a home in Montgomery County, killing everyone aboard the aircraft, according to officials.

The single-engine Beech BE33 plane went down on the 4200 block of Thistlewood Road in Upper Moreland at 6:20 a.m. on Thursday. The Federal Aviation Administration said three people were killed in the crash.

The National Transportation Safety Board announced on Twitter that it would investigate the crash.

The plane hit several trees before going down in a residential neighborhood off Davisville Road, between County Line and Byberry roads. No one on the ground was hurt, and no homes or property were damaged in the crash, according to the Associated Press.

It is unknown at this time where the plane was headed.

The pilot radioed an air emergency when the plane reached seven miles north of Northeast Philadelphia Airport, where it had departed, according to 6ABC.

The Beech BE33 is a four-to-six-seat light touring aircraft produced by the U.S. manufacturer Beech Aircraft Corp.