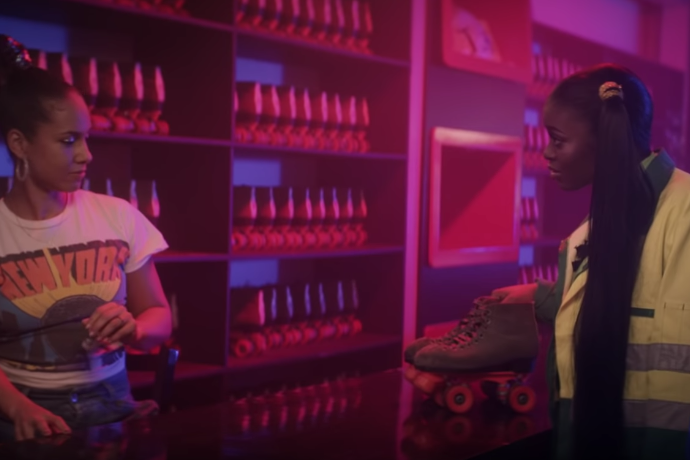 Alicia Keys released a music video Thursday morning for her newest single, "Time Machine." The video is equipped with retro vibes, mood lighting, and a couple of roller skating gal pals, including Philly's own Tierra Whack.

"Time Machine" is a funky dance number, setting itself apart from Keys' usually piano-heavy tracks. The video, which was co-directed by Art Johnson and Key's brother Cole Cook, shows a listless Keys as a roller skating rink attendant who falls into a daydream about skating with her friends.

The 24-year-old from North Philly doesn't collaborate with Keys musically in the video, but she did play the part of a roller girl and an annoyed customer who's clearly done with Keys' inattention at the end.

Whack's appearance in the video does bring one question to mind: Is this a teaser for a future collaboration? One can only hope.

This isn't the first time the two artists have worked together. In August, Keys joined Whack on stage during her Afropunk Brooklyn 2019 set, playing the piano during "Black Nails" and "F*** Off" before performing her own single, "If I Ain't Got You."

"Time Machine" will be featured on Keys' upcoming seventh album, but details on the album have not be released yet. Until then, enjoy the campy video below.