'Frozen II,' 'Knives Out' and more to watch this November 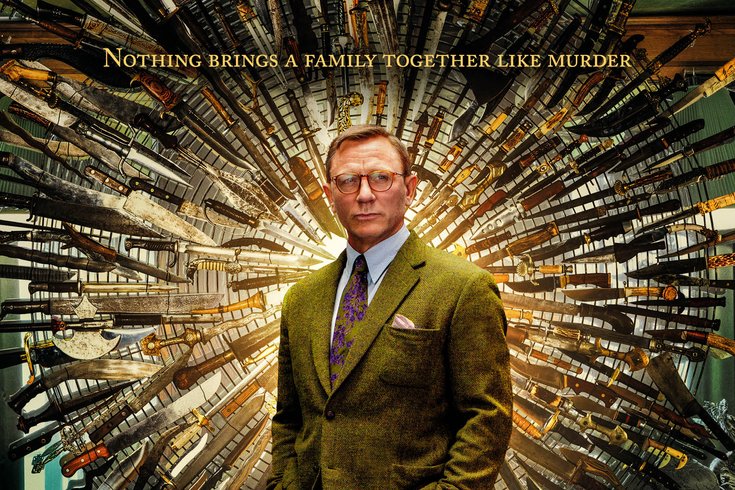 "Knives Out" is one movie coming to theaters in time for Thanksgiving 2019.

Have you made your Thanksgiving day plans? We're now a little over a week away from a feast of turkey, mashed potatoes and pumpkin pie.

If one of your holiday traditions is to go to the movies before or after dinner, then you'll need to know what's coming to theaters for Thanksgiving 2019.

Below are six must-see picks that you can watch on Thursday, Nov. 28.

About: The long-awaited Disney sequel explores the origins of Elsa's powers.

About: Chadwick Boseman stars as Andre Davis, a NYPD detective who joins a manhunt through Manhattan in order to apprehend two young cop killers. While the film is set in New York, it was actually filmed in Philly, with Chinatown and Jose Graces' restaurant Tinto among the recognizable backdrops.

A Beautiful Day in the Neighborhood

About: Tom Hanks plays renowned children's TV host Fred Rogers. The film focuses on the friendship between Rogers and Lloyd Vogel, a character based on the real-life journalist Tom Junod.

About: The movie tells the story of Cincinnati attorney Robert Bilott (Mark Ruffalo), who turns away from defending chemical companies to take on the DuPont chemical company and hold them responsible for willfully polluting a West Virginia community.

About: It's a whodunnit that follows a family gathering gone wrong. After the patriarch dies during his 85th birthday celebration, two detectives arrive to question everyone. The film's ensemble cast is made up of A-listers, including Chris Evans, Jamie Lee Curtis and Daniel Craig.

About: The movie stars newcomer Jodie Turner-Smith as Queen and "Get Out" star Daniel Kaluuya as Slim. On their first date, they're pulled over by a white police officer who attacks them. From there the situation escalates, forcing Queen and Slim to go on the run.