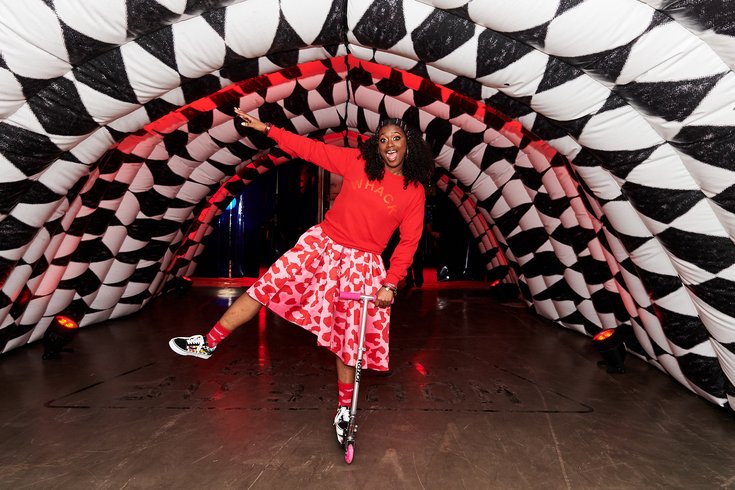 Tierra Whack, 24, said André 3000's advice to build a strong support system as she grows as an artist is the best advice she's ever received.

Tierra Whack, the 24-year-old Philly artist who took the rap world by storm last year with her debut album "Whack World," has been everywhere in 2019. From the Grammys, to the Beyoncé-directed Lion King soundtrack album, it was another year of Whack.

It's been a whirlwind 18 months for the relatively young artist, but she's seemed ready for the next step every time her star has grown brighter. In a new mini-interview with Spotify's "Spotify for Artists" series, Whack attributed part of her ability to navigate sudden fame to some very important advice.

MORE: There's now a huge, interactive cocoon made of tape at the Navy Yard

The advice came from André 3000, the legendary MC and one-half of hip-hop's greatest duo, OutKast. He's a pretty good person to give advice to a young, singular, experimental hip-hop artist. Whack said Three Stacks told her that, while she's the famous artist everyone is watching, it's crucial to have a team of people at your back.

You can watch the interview video below:

And here's what she had to say:

"The best advice I ever got was from André 3000. He told me that it's very, very important to have – and to build, and form – a strong team. People just like my mentor (Kenete Simms). I would just overthink the littlest things, like – you know? But he would just be right there like, 'Keep going, don't worry, you got it. Don't overthink.' I was just scatterbrained, so many random, crazy ideas. It wasn't coming together to me. But he was like, 'No, that's you. You're crazy. You have so many different moods, and expressions.' I just have so much to offer, and he was just like, 'Yeah, we're going to find a way to put this together and make it make sense for the world.'

"Because so much is going on, and I'm the center of attention. But you know how I just looked for my team and was like, 'Team, am I good?' You know? You've got to have that support."

"But, no 'yes men.' As you get bigger, people just want to tell you yes, and whatever you say they're going to agree with. And I never want that. If something's wrong, tell me. I want to be able to talk it out, figure it out. If you don't have a solid support system, nothing's going to go right."

How fitting that André, who spent part of this past summer playing his flute around Philadelphia while in town to film for AMC's "Dispatches From Elsewhere," passed down some knowledge to Philly's new rising star.

It seems like pretty good advice, too. Just like in professional sports, the people professional artists surround themselves with either can lift them up or drag them down. Spotify's "Spotify for Artists" series is aimed at young artists looking to break through, and this is definitely a good starting point.

Hopefully Simms and the rest of Whack's support system help keep her meteoric rise going in 2020.