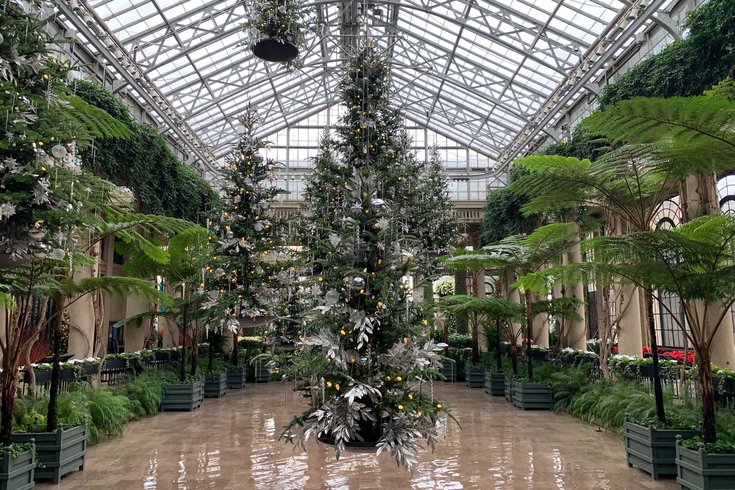 A view of Longwood Gardens, in Kennett Square, Chester County, which was named one of the 10 gardens in North America worth traveling to see at the 2019 North American Garden Tourism Conference.

North America is a large, diverse stretch of land encompassing a variety of ecosystems and landscapes. According to this year's North American Garden Tourism Awards, two of the 10 best gardens in the entire continent can be found 22 miles apart in southeastern Pennsylvania.

The annual awards named Kennett Square's Longwood Gardens and Wayne's Chanticleer Garden to a list of 10 North American gardens worth traveling to see. Michel Gauthier, the executive director of the Canadian Garden Council, said the list is meant to highlight the continent's "most dynamic garden experiences".

The list includes three other gardens in the United States (Atlanta Botanical Garden; Ganna Walska Lotusland in California; and Red Butte Garden in Salt Lake City) along with two in Mexico and three in Canada. Niagara Parks Botanical Gardens in Ontario was named the 2019 Canadian Garden of the Year at the awards.

If you're new to the Philly area's botanical garden scene, Longwood and Chanticleer are two of the premier names in the region.

Longwood Gardens has operated as a public garden out in Chester County since 1946, sitting on more than 1,000 acres and consisting of curated exhibits, manicured outdoor fields and lands, and water fountain features, along with indoor displays.

Chanticleer Garden, which calls itself "a pleasure garden", is a much younger public garden: it opened to the public 1993, and features a number of individual gardens like the Teacup Garden and Pond Garden, along with carefully-cultivated outdoor areas. (It should be noted that Chanticleer is currently closed for the winter, and will re-open in April.)

With two of the continent's 10 most dynamic gardens, and the largest urban park in the United States in Fairmount Park, it's hard to deny that the Philadelphia area is one of the best places in the western hemisphere for folks who like being surrounded by greenery.