Pennsport's Herman's Coffee named one of the 100 best coffee shops in U.S. 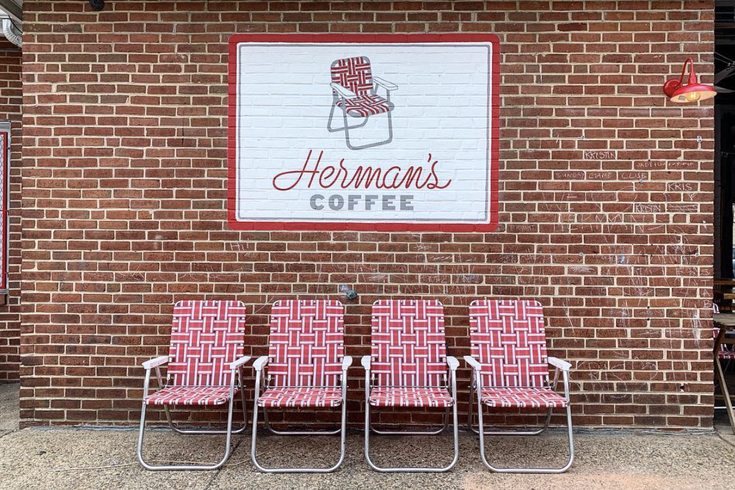 Herman's Coffee, the small-batch coffee shop in Pennsport, was named one of the 100 best coffee shops in the country.

Herman's Coffee, the small-batch coffee shop roasting its own coffee down in Pennsport, was named one of the 100 best coffee shops in the United States this week by Food & Wine.

The site put together a ranked list of the 10 best coffee shops in the country, which was (to no one's surprise) dominated by places like California, New York, and Chicago. But the list also shouted out the best of the rest across the country, which is where Herman's got its due.

Here's what Food & Wine liked about the two-year-old spot:

"Practically bursting out of both sides of its modest brick home, this two-year-old cafe (and promising roaster) with a tacky lawn chair for a mascot has become something of an informal social club for residents of its South Philadelphia neighborhood—if you don’t live in Pennsport, yet, bet you’re going to leave wishing you did."

Visiting Herman's is also, for the very-foodie crowd, one of the few ways to get your hands on 1-900-ICE-CREAM's gourmet ice cream. The two outfits have a bit of an agreement, where 1-900 stocks Herman's freezers full of the good stuff.

Between the outstanding coffee, the exclusive ice cream, and the overall excellent look, it's pretty hard to argue against putting Herman's on the list. Just look at those folding chairs:

Hope everyone is having a great Labor Day Weekend. We’ll be open till 2:00 today for all holiday caffeine needs.

Elsewhere on the list, Passenger Coffee in Lancaster got a shoutout for its "magnificent, modern" look, and a pair of Pittsburgh coffee shops (Espresso a Mano and Commonplace Coffee) rounded out the Pennsylvania representation.

Incredibly, the list skipped over New Jersey entirely, despite the fact that New Jersey residents are comprised of roughly 50% coffee at any given time. I guess Dunkin' and diners don't grab the eye like yet another succulent-and-cork board cafe.