The weird therapy doll is never not frightening 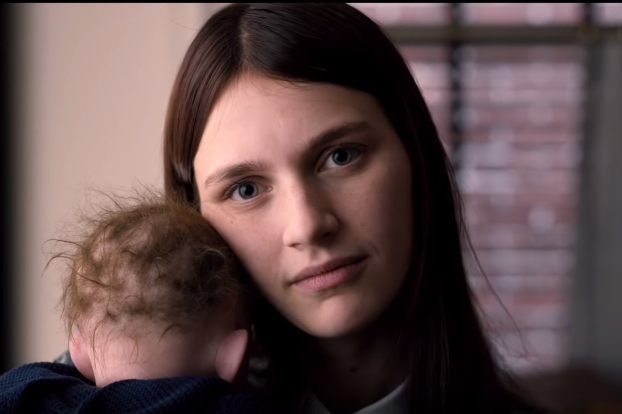 The full-length trailer for M. Night Shyamalan's psychological thriller series, 'Servant,' brings all the heeby-jeebies with a creepy therapy doll and a weird nanny who thinks the doll is real.

The new trailer for "Servant" – M. Night Shyamalan's psychological thriller for Apple TV+ – is here, and it's even more haunting than we originally thought.

The 10-episode series premieres Nov. 28 and follows Dorothy (Lauren Ambrose) and Sean Turner (Toby Kebbel), a couple in Philadelphia as they come to terms with the loss of their infant son Jericho, using a therapy doll.

But what starts out as a coping mechanism becomes an elaborative illusion for Dorothy, as she believes the doll is actually Jericho.

The trailer introduces us to the servant, Leann Grayson, who's been hired to take care of their little bundle of joy (which, again, isn't real). And if you thought the doll would be the creepiest thing in this series, do you even know M. Night Shyamalan?

In the trailer, Leann also seems to think the doll is real, even after Sean tries to discuss "the situation" of his wife's illusion with her. But Leann acts weirded out by Sean before mentioning she needs to take the baby for a walk. (Um ... ok.)

It would then, only naturally for Shyamalan, become even more worrisome. Dorothy, in denial, casually says, "If my baby trusts her, so do I," before it gets ... weirder. There's choking, a knife in a sleeve, a cricket, and some sort of magical voodoo doll situation. Someone says over all these insane shots, "What if she wakes up? What if she remembers?"

Watch the trailer below.