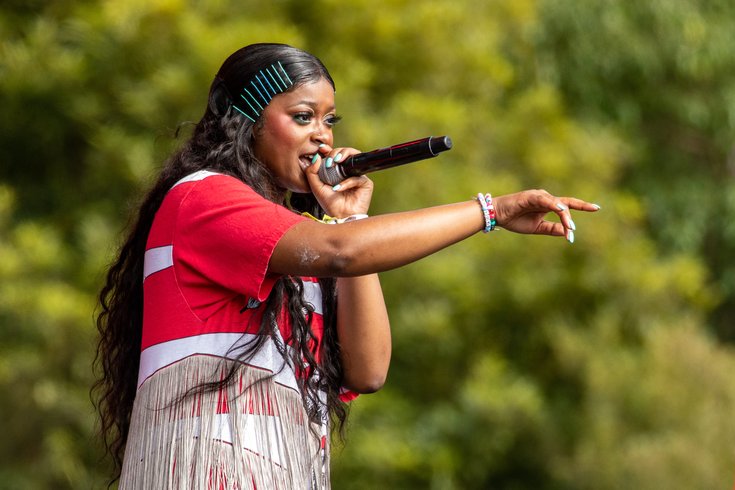 Tierra Whack, shown here performing in California, exploded onto the scene in 2018, and had such a profound impact that Pitchfork named her debut album "Whack World" the 38th-best album of the decade.

The 2010s saw Philly's music scene balloon in all direction, so it's no surprise that online music magazine and cultural tastemaker Pitchfork's list of the 200 best albums from the  decade features plenty of Philly flavor.

Pitchfork also, however, champions Philly's new vanguard, including fuzz-rockers Sheer Mag (2017's "Compilation" at No. 146) and soaring-guitar legends The War on Drugs (2014's "Lost in the Dream is No. 97).

The ultimate compliment for a Philly artist is reserved for rising superstar and born-and-raised Philadelphia rapper Tierra Whack, whose 2018 mini-album "Whack World" comes in at No. 38, three spots ahead of Beyoncé's 2016 statement "Lemonade" and one spot behind David Bowie's final album, 2016's "Blackstar".

Whack's "Whack World", just 15 minutes long, ran together 15 one-minute songs and debuted alongside a 15-minute music video, easily one of the loudest and most defining opening statements from a new artist this decade.

You can watch "Whack World" below:

Whack, 25, has had an incredible run since releasing "Whack World", including a string of one-off singles earlier this year during a weekly segment she called "Whack History Month", with plenty of hip-hop's most entrenched stars shouting her out throughout 2019. Over the summer, Meek Mill himself called Whack the best female rapper alive.

(My two cents: Whack may have had the best 2019 of any rapper, period, with DaBaby and Megan Thee Stallion close behind.)

Mill, along with other Philly artists, was on Pitchfork's list of the 200 best songs of the decade, released Monday.