'The Irishman' to premiere locally at Philadelphia Film Festival on Oct. 22

Tickets are now on sale. Also at PFF: a documentary produced by the Sixers' Ben Simmons and another about Pizza Brain co-founder Brian James' son 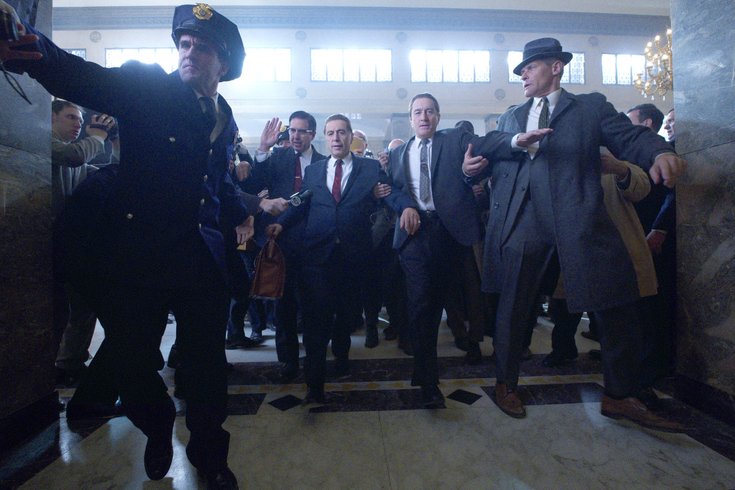 Courtesy of Netflix /for PhillyVoice

The first look at the upcoming Netflix film "The Irishman"

Director Martin Scorsese's new crime saga "The Irishman," which recounts decades of Philadelphia mob lore, will have its Philadelphia premiere at the Philadelphia Film Festival on Oct. 22.

"The Irishman" stars Al Pacino, Robert De Niro and Joe Pesci. It tells the story of Frank "The Irishman" Sheeran, played by De Niro. Sheeran grew up in Darby, Delaware County. He lived in Philadelphia in the 1970s while president of the Wilmington workers' union and during his involvement with Jimmy Hoffa, played by Pacino.

RELATED: 'The Irishman' review: Scorsese's made-for-Netflix mob drama is worth the hype

Philadelphia Film Society announced the local premiere date for "The Irishman" last week, along with the rest of the lineup for this year's festival. Scorsese's Netflix movie is one of seven "gala" screenings at the festival, which in past years were called "centerpiece" screenings.

The others are the Harriet Tubman biopic "Harriet"; the satirical comedy "Jojo Rabbit"; director Noah Baumbach's divorce drama "Marriage Story" with Adam Driver and Scarlett Johansson; the 1950s noir "Motherless Brooklyn," which both stars and is directed by Edward Norton; the drama "The Two Popes," about the transition between Pope Benedict and Pope Francis; and the drama "Waves," whose cast includes "This is Us" star Sterling K. Brown.

The Philadelphia Film Festival opens Oct. 17 with "Just Mercy," a legal drama starring "Creed" star Michael B. Jordan and Jamie Foxx. The closing night film, on Oct. 26, will be "Knives Out," the acclaimed whodunit starring Daniel Craig, Chris Evans, and Toni Collette and directed by Rian Johnson ("Star Wars: The Last Jedi"). Johnson will be in attendance for closing night.

Also scheduled to be in attendance during the festival is the Sixers' Ben Simmons, who produced "The Australian Dream," a biopic about Australian-rules football legend Adam Goodes and the racism he faced.The film will be shown Oct 19 at the Philadelphia Film Center. Here is the trailer:

More than 120 films will be shown during the PFF, mostly at the Philadelphia Film Center, Ritz Five and Ritz East theaters.

Philadelphia Film Society Executive Director Andrew Greenblatt called the 2019 lineup on par with the local festival he considers one of the best in event's history: the La La Land/Moonlight/Manchester By The Sea lineup of 2016.

Most of the major PFF films debuted at earlier festivals, like Cannes, Toronto and Venice, but will not reach theaters until November, December, or even later.

For the last several years, some of the Oscar contenders for best picture have been shown. at the Philadelphia Film Festival; the 2018 fest featured both "Green Book" and "Roma."

Several of the films at PFF, including "The Irishman," "Marriage Story," and "The Two Popes," will go from the festival circuit to brief theatrical releases and then to Netflix, as "Roma" did last year.

The festival is also offering six films with local ties in the "Filmadelphia" section.

While festival mainstay Alex Ross Perry does not have a film at PFF this year, the local films include "Maybe Next Year," a documentary from Kyle Thrash about the Eagles' run for the Super Bowl and the fan culture surrounding the Birds.

The festival will also feature "Waldo on Weed," the documentary by South Jersey filmmaker Tommy Avallone ("The Bill Murray Stories") about Pizza Brain co-founder Brian James Dwyer's son, Waldo, who was diagnosed with a rare and aggressive form of eye cancer. Dwyer and his wife turned to administering cannabis oil to counter the effects of chemotherapy on Waldo. The film premiered at the Tribeca Film Festival on May 3. 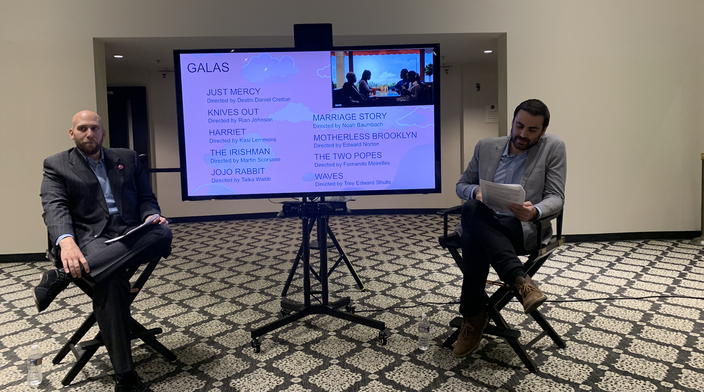 PFF features entire sections of films from France and China, and individual entries from all over the world in the "World Views" section, including Australia, Brazil, Germany, India, Israel and Myanmar. There will also be a program of more than 20 short films.

Tickets to the festival are on sale now.For more information about the PFF films and schedule visit thew to Filmadelphia website.