Tiger Woods says he'll return when his game is ready 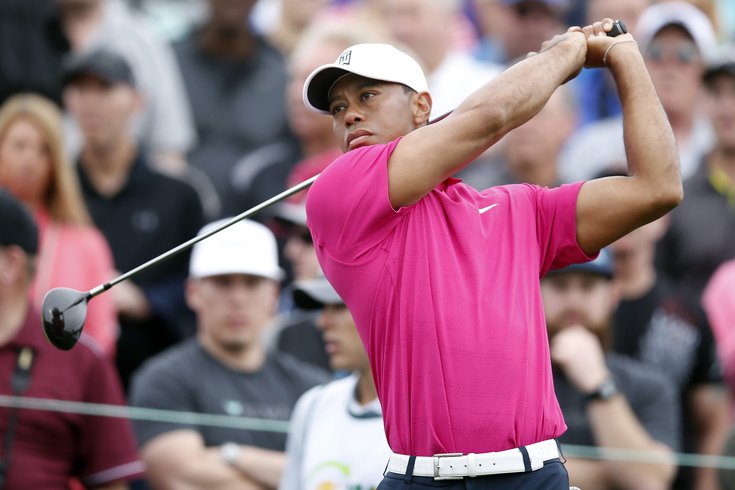 Tiger Woods tees off on the 11th hole during the first round of the Phoenix Open Thursday in Scottsdale, Ariz.

PEBBLE BEACH, Fla. - Tiger Woods said Wednesday his game is "not acceptable" to compete in tournaments and he will return when he thinks it is.

Hopeful of having injuries behind him, Woods made a horrific start to the new year. He shot a career-high 82 in the second round of the Phoenix Open to miss the cut by 12 shots. And then he withdrew after 11 holes of ordinary golf at Torrey Pines because of tightness in his back from a fog delay.

Woods said on his website the last two weeks have been disappointing, especially at Torrey Pines, where he is an eight-time winner. He said he never wants to withdraw, but recent injuries have allowed that to happen too often.

Woods said his latest injury was not related to the back surgery he had last spring, and that he is feeling better every day with physical therapy.

"Right now, I need a lot of work on my game, and to still spend time with the people that are important to me," Woods said. "My play, and scores, are not acceptable for tournament golf. Like I've said, I enter a tournament to compete at the highest level, and when I think I'm ready, I'll be back."

Woods is not playing Pebble Beach or Riviera, and said he would practice next week at his home and at The Medalist "getting ready for the rest of the year."

He said he wants to play the Honda Classic, which starts Feb. 26, but he won't be there unless his game is tournament ready.

"That's not fair to anyone," Woods said. "I do, however, expect to be playing again very soon."

Ernie Els, who has known Woods longer than any other active PGA Tour player, heard about his woes while playing in Dubai and later saw highlights.

"As competitive as we are, we don't want to see anyone suffer like that," said Els, who has finished second to Woods more than any other player. "We've got to do our stuff in public. I don't care if you're Tiger Woods, Ernie Els or whoever. If you have some error in your game, you get exposed."

Woods, the winner of 79 PGA Tour events and 14 majors, has never looked this bad on the golf course. He had back surgery to relieve a pinched nerve a week before the Masters and missed three months (including the first two majors), and then he took four months off at the end of last year to regain strength and get his back fully healed.

He also hired a new swing consultant and embarked on the fifth swing change of his career.

His chipping was shockingly bad at the 18-man Hero World Challenge at Isleworth in December, when he tied for last. His chipping looked even worse at the Phoenix Open, a collection of shots that he either flubbed short or bladed across the green.

Woods is at No. 62 in the world, his worst ranking since before he won his first PGA Tour event in 1996. He is not eligible for the World Golf Championship at Doral.

"I am committed to getting back to the pinnacle of my game," Woods said.