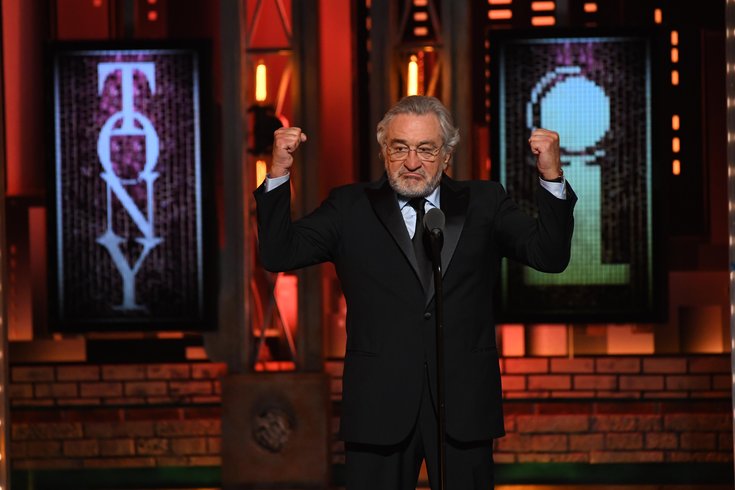 Robert De Niro's speech was partially censored during his introduction of Bruce Springsteen at the 72nd Tony Awards at Radio City Music Hall.

The show began with hosts Josh Groban and Sara Bareilles, both performers who have never won a Tony, saluting the evening's losers, singing, "We're perfectly suited for this because neither one of us have ever won anything."

Fey's musical adaptation of 2004's film "Mean Girls" was one of the most nominated shows of the night, securing 12 nominations including Best Musical, Best Book of a Musical, Best Original Score, and others. "Mean Girls" led with the highest number of nominations, tied with "SpongeBob Square Pants: The Musical," also nominated for 12 awards.

In the end, however, it was "The Band's Visit," a musical adaptation of the 2007 film, that swept most of the musical nominations, securing seven wins. Though "Mean Girls" didn't take home any awards, audiences got a peek at the show with a stage performance of "Where Do You Belong?"

On the non-musical side, "Harry Potter and the Cursed Child" took home the most awards, winning five accolades including Best Play and Best Direction of a Play.

A number of stars took their time on stage to relay political messages, including Andrew Garfield, who won for his role in "Angels in America." While accepting the award, he alluded to the Supreme Court ruling in the Colorado cake case, saying, "We are all sacred and we all belong, so let's just bake a cake for everyone who wants a cake."

Most outspoken, however, was Robert De Niro, who took to the stage to introduce Bruce Springsteen, who was there to accept the 2018 Special Tony Award. While introducing, De Niro began, "I'm just going to say one thing: F**k Trump! It's no longer 'down with Trump.' It's 'F**k' Trump!'"

Though the veteran actor's comments were censored for television, the clip below features all of De Niro's full-throated fury. (Profanity warnings apply.)

In light of the deadly shooting in Parkland, Florida last February, survivors from Marjory Stoneman Douglas High School took to the stage to perform "Seasons of Love" from "RENT." During the ceremony, their drama teacher, Melody Herzfeld, was awarded a Tony for Excellence in Theater Education from the Tonys and Carnegie Mellon University.