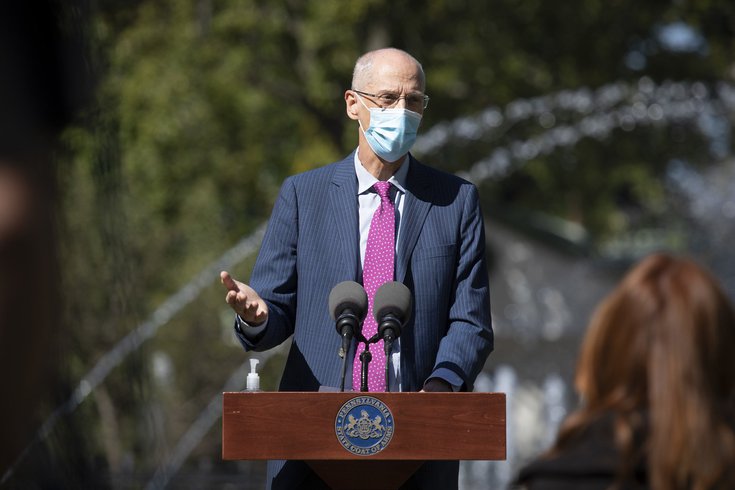 Dr. Tom Farley, the former Philadelphia health commissioner who resigned in May over his handling of the victims' remains from the 1985 MOVE bombing, has landed himself a new job.

Farley's role is an executive position within the District of Columbia's health department. His hiring took effect Monday.

The community health administration is responsible for encouraging healthy behaviors to improve outcomes and reduce disparities in leading causes of disease and death in Washington, D.C., according to the health department's website.

But the local activist group criticized Mayor Muriel Bowser for hiring Farley, tweeting that it was unacceptable for the former health commissioner to hold any position in Washington, D.C. The organization also called Farley a "monster" and urged Bowser to reconsider her decision.

Hey @MayorBowser you planning to take pictures with #ThomasFarley and Dr. Nesbitt on #BlackLivesMatterPlaza to? It is unacceptable for this man to hold any position District government.

This legitimizes his violence and makes you complicit its impact on Black DC residents.

Our comrades @BLMPhilly fight in solidarity in campaign in Philly to demand return, reparations and repatriation as a result of this unspeakable desecration of MOVE’s beloveds.

Hiring this monster highlights intentional expansion of an admin where #BlackLivesMatter less. https://t.co/pNvG4s0ELB

Good morning,@DCHealth have you fired #ThomasFarley yet? Asking for our ancestors.

Or is this your invitation for us to get some friends and come visit y’all up there?

The D.C. Department of Health had yet to respond for comment on Farley's hiring.

Farley stepped down as Philadelphia's health commissioner this past spring after it was discovered that he opted in 2017 to cremate human remains from the MOVE bombing instead of returning them to the Africa family.

It was later discovered by the city that Farley's orders were not followed and that the victims' remains had been kept in boxes at the Philadelphia Medical Examiner's Office rather than destroyed. The office had held onto the remains in the decades since the bombing, and brought them to the attention of the health department.

During the siege of the Black liberation group's compound in West Philly, police dropped C4 explosives onto the property from a helicopter, destroying dozens of row homes and ravaging the communal family of the group's founder, John Africa. There were 11 people killed, including five children.

An ongoing investigation by the city is still examining the handling of the MOVE victims' remains, which were returned to the Africa family and buried by a tree in Bartram's Garden this summer.

Farley, 63, took over as Philly's health commissioner in 2016. He was the public face of the city's COVID-19 response for over the first year of the pandemic. However, he came under fire for the health department's failed vaccine partnership with Philly Fighting COVID earlier this year.