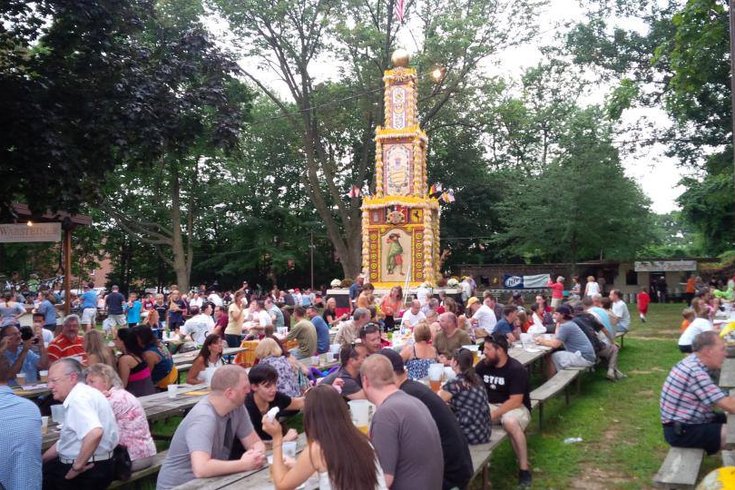 It might not quite be Oktoberfest season yet, but the Cannstatter Volksfest-Verein, a Philadelphia German-American club, has its party all planned out. They'll be celebrating a few days off with their annual Labor Day Volksfest with three days of traditional German culture, food and drink. Saturday, September 5 through Monday, September 7. The CVV will host families for the 143rd edition of the festival, which they say is the oldest German Volksfest in the nation.

Over the long weekend, Volksfest guests will experience rides and games for the children, vendors set up for shopping, crafts, German beer and wines, German-American singing and dancing and traditional German clothing. The food options, of course, include sauerbraten, spätzle, bratwurst and frankfurters, among others.

A large "fruchtsäule," a wooden column decorated with fruits and vegetables, has been designed for the atmosphere by director Gustav Plankenhorn and his crew. Plenty of live music will add to the amusement -- including the sounds of the Greater Kensington String Band, the Philadelphia German Brass Band and The Adlers Band -- which can be found throughout the weekend. A parade will take place at 5:30 p.m. Monday to cap it all off.