Catholic school had covered abortion in case of rape or incest 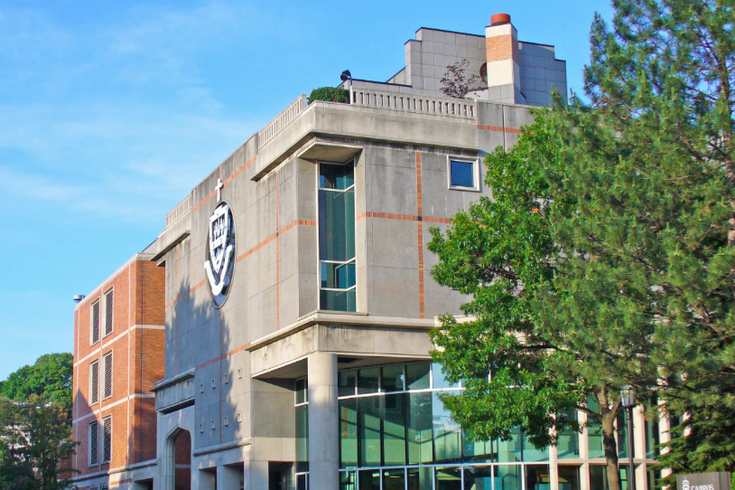 The University of Scranton's library.

University of Scranton employee insurance plans will no longer cover abortions in cases of rape, incest or life-threatening pregnancies under a plan that the Jesuit school says is consistent with Catholic doctrine.

But the Pennsylvania university's faculty union, which represents about 300 of its 940 full-time employees, says members must first approve any changes to its coverage.

The union negotiated away coverage for elective abortions nine years ago in return for adoption coverage, but its current contract pays for abortions in cases of rape, incest, or to save the live of the mother.

In a letter to faculty released by the university on Friday, its president, Rev. Kevin Quinn, said that even limited abortion coverage is "inconsistent with the moral teachings of the church."

The move comes as Pope Francis, the first Catholic pontiff who is a member of the Jesuit order, prepares to visit Pennsylvania in September. He has called on the Church to deemphasize divisive social issues like abortion and homosexuality.

Michael Friedman, an English professor who serves as union president, insisted that Quinn could not impose the change unilaterally. “The union must decide,” he said.

Stan Zygmunt, a university spokesman, said its lawyers have determined that the school, because it insures itself, need not abide by a Pennsylvania law requiring coverage for those types of abortions in traditional plans.

He declined to say what Quinn might do if the faculty refused to go along, or if the school would impose the changes only on non-union employees. Half of its employees are women.

Quinn, in a second letter to faculty on Tuesday, said life-threatening pregnancies are rare, but insurance would still cover indirect abortions resulting from procedures such as removal of a cancerous uterus.

Friedman said on Friday that the union plans to meet Feb. 27 to discuss the proposed changes and will also conduct a confidential electronic poll of members.

“There is a lot of fear on our campus that speaking out might damage their employment prospects,” he said.

Catholic universities do not have a uniform approach to abortion coverage, Friedman said. Some cover all abortions, some only the three exceptions, and others none at all.

“The University of Scranton’s decision displays a cruel indifference to the women who work there,” said spokeswoman Selina Winchester. “Religious restrictions put a woman’s health at risk.”