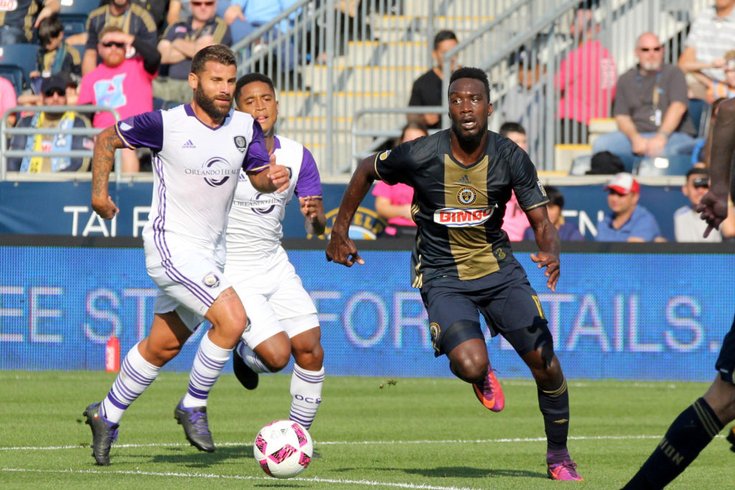 There's not a lot of buzz surrounding a Philadelphia Union team with a 99.9 percent chance to clinch a playoff berth this weekend.

That's the product of limping into the postseason on a six-game winless streak, maybe seven depending on what happens this Sunday.

The good thing is that the regular season finale against Red Bull really doesn't mean much. Philly can reach 5th place with a home win and a Montreal loss, but that wouldn't do much to alter the playoff picture. The Union are going on the road for a wild-card game no matter if they finish in 5th or 6th.

It does, however, provide for some interesting lineup choices for both teams. Red Bull clinched first place in the east but are no longer in contention for the Supporter's Shield. Does Jesse Marsch rest some of his starters? Jim Curtin is preparing for a full strength New York side.

The Union will play their playoff game on short-rest after Sunday's game, so Curtin also has to think ahead a bit.

"There's discussions for guys that are banged up," said Curtin of possibly resting some starters. "You have to do what's best, obviously, to get out of the funk we're in, and find someone to spark the group. Maybe it's a new face, a change, or a tweak. We won't change our formation. We won't change the style that we play. But maybe there's a new body that comes out on the field and gives us a little bit of a lift. We'll take a look at then.

"Moving forward, it is a quick turnaround, we'll play either Wednesday or Thursday, and that's to be determined. When the whole league plays Sunday, to turn it around in two days with the season on the line, that's a quick one. We know we're going on the road. There are some challenges there. We want to do now what's best to be a little spark in this Rd Bull game and also evaluate guys, then put the best lineup on the field on Wednesday or Thursday."

Speaking of banged up players, the Union have several.

Chris Pontius missed practice Wednesday with what Curtin described as hamstring "tightness." He was pulled from Sunday's game as a precaution, though the Union manager doesn't see his leading goal scorer being limited for the weekend.

C.J. Sapong suffered a concussion Sunday after a late-game collision with one of his teammates. He is currently going through league-mandated protocol.

Josh Yaro is also continuing his recovery from two concussions suffered over the span of 15 days.

Center back Ken Tribbett was also absent from training.

C.J. Sapong has a concussion. Seems like a perfect opportunity to give Davies a start with little actually at stake Sunday.

Alejandro Bedoya took to Twitter on Sunday afternoon to apologize for his performance and the team's performance.

The midfielder is still recovering from a rib injury and was not 100 percent healthy on Sunday afternoon. Bedoya explained that he still feels a bit of pain when turning his body in a specific way, or opening up to play longer passes.

"We had a day off (Tuesday), but on Monday, when we all got together again, we were able to go over the game," Bedoya said. "It doesn’t take a genius to look at that game and say that was a lackluster effort at best. For us, it’s just staying optimistic. We know we have a great group of guys. We know we have a good team. When we’re playing well, when we’re on our game, we can compete with anybody in this league. It’s just about putting our heads down. I was able to give a talk to the team Monday and let them know we’re all in this together, this is the end of the season, guys are playing for their livelihoods really. We don’t know what’s gonna happen next season. Some guys are gonna retire, some guys are gonna leave, get traded, go somewhere else. This is a great opportunity we have in front of us now with the playoffs and trying to win an MLS Cup here in Philly."

Curtin: "A lot of the players spoke up and took blame as well. It's a good thing; it shows we're together in this thing."