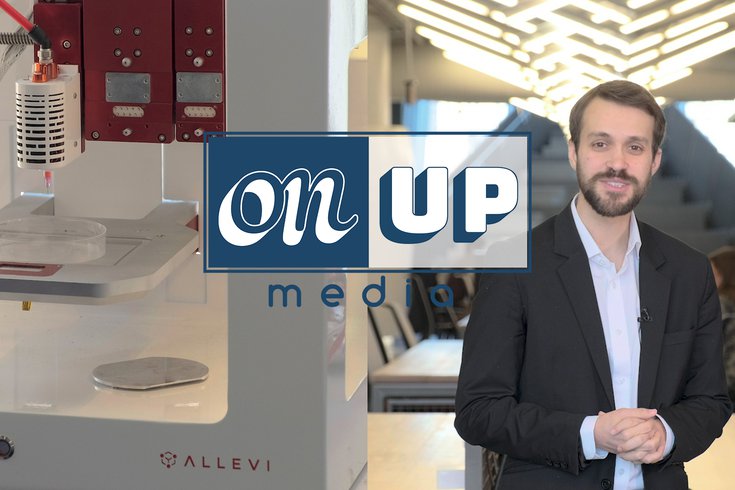 If you had the desire and about 250 bucks in your pocket, you could own a desktop 3D printer.

The technology was already there, but Ricky Solorzano had the idea to bring it to the lab. “There were big, clunky and expensive 3D bioprinters, but none that were small, powerful and easy to use,” says the bioengineer.

Like many other life-changing companies, such as Google and Dell, Allevi 3D began in a college dorm apartment with a revolutionary idea. Allevi 3D went on to be the maker of the first ever desktop 3D bioprinter.

As a result, Solorzano earned the title of CEO of his very own company, appeared on TEDMed to talk about building life, and was featured in Forbes 30 Under 30.

Why 3D bioprinting? The way researchers currently study cells requires a petri dish and some cells—a technique that outdates current technology. Down to the microscopic level, cells understand that they exist in a 3D structure within our bodies, tissues and organs. Allevi 3D prints live cells into shapes and patterns that will better predict their behavior in the case of drug trials. If you’re wondering what that might look like, see the 3D bioprinted nose on Allevi 3D’s website.

Solorzano drew inspiration from the city of Philadelphia and those around him. “Philadelphia is great because all the resources are so compact in one city at a very reasonable distance: the lawyers, the bankers, the investors, the hospitals, the customers,” says Allevi 3D’s founder.

He is the second innovator being featured in a 6-part series titled, OnUp Innovators.

The Uncommon Individual Foundation is a registered 501(c)(3) nonprofit leader in mentor-based learning, founded in 1986 by Dr. Richard E. Caruso. A successful entrepreneur, Caruso attributes his entrepreneurial success to the mentors he encountered throughout his life. UIF is his way of ‘mentoring it forward,’ to help individuals and organizations succeed through curated connections to mentors in Business, Education, Media, and Technology. For more information about UIF, visit: uif.org. UIF recently launched a new media studio to help innovators navigate the media landscape. Visit: uifrecstudio.org