Chitwood: 'This guy thinks he's a gangster, and we're going to treat him like a gangster.' 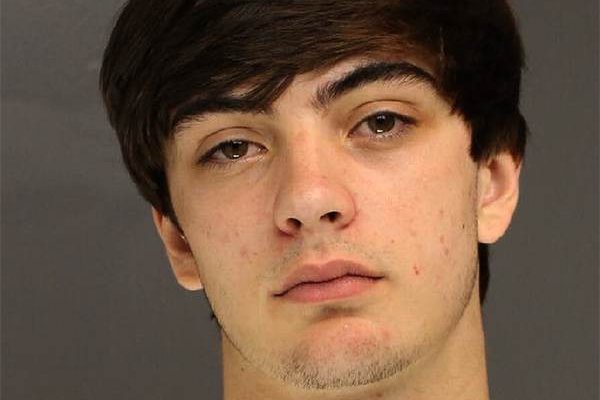 Dominic Love, 18, of the 100 block of Burmont Road in Drexel Hill, allegedly fired a handgun into the air on Monday at the Bond Avenue Playground at 2339 Bond Ave., police said.

Upper Darby police are using social media in an attempt to locate an 18-year-old Drexel Hill man wanted for allegedly firing a gun during an incident at a Drexel Hill playground Monday afternoon.

Dominic Love, 18, of the 100 block of Burmont Road, was among of a large group of teens gathered at 3:30 p.m. Monday at the Bond Avenue Playground, 2339 Bond Ave., where he pulled out a handgun and fired a shot in the air, police said.

“He knows we want him and he knows we’re looking for him. We’ve been knocking on doors and searching houses. This guy thinks he's a gangster, and we're going to treat him like a gangster. Firing a gun into the air is reckless, dangerous and idiotic.” – Upper Darby Police Superintendent Michael Chitwood

The incident originated at Upper Darby High School, Police Superintendent Michael Chitwood said, when one group of students called out another group using the social media photo-sharing app SnapChat. The fight was to take place at Bond Avenue Playground.

“Police received a call reporting a large group of juveniles [was] in the park and shots were fired,” Chitwood said. “Both groups fled. Nobody was injured.”

Love's headshot has been posted on the Upper Darby Police Department’s Twitter page.

“One of the participants called his boys in Philadelphia,” Chitwood said. “When both groups got there, Love, who is not a student at Upper Darby High allegedly pulls out a gun and fires it into the air, kind of like a warning shot. When he fired the gun everybody scattered.”

According to the police report, a woman had been walking through Bond Avenue Playground when she saw a large group of teens running toward the bridge and one male pulls out a small revolver and fire one shot.

Another witness told police he was allegedly involved in the altercation when Love pulled out a small silver pistol and fired one shot into the air.

Dana Spina, media services manager for the Upper Darby School District, said she and other district officials are aware of the incident at Bond Park.

“I am also aware that the U.D. Police will be increasing their presence around schools in the township at dismissal time from now until the end of the year. I am not aware of any fight arranged after school and, therefore, cannot comment on any such allegation.”

Police have conducted an investigation and located witnesses resulting in an arrest warrant for Love who is wanted for firearms violations, recklessly endangering another person and illegally discharging a weapon.

“He’s considered armed and dangerous,” Chitwood said. “He knows we want him and he knows we’re looking for him. We’ve been knocking on doors and searching houses. This guy thinks he's a gangster, and we're going to treat him like a gangster. Firing a gun into the air is reckless, dangerous and idiotic.”

Chitwood says police do not know what the fight was about or the number of participants in the playground.