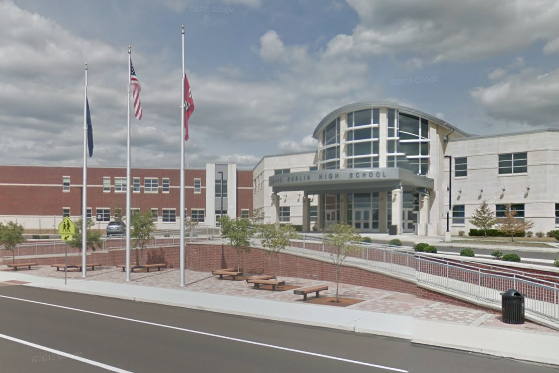 Someone used an Upper Dublin High School class email account to sign up for pornography websites. The act triggered copies of confirmation emails being sent to students in the Class of 2019.

The Upper Dublin School District has launched an internal investigation after someone used a high school distribution email account on Sunday to sign up for pornography websites. The act resulted in confirmation emails from the websites being relayed to students in the Class of 2019.

Principal Robert Schultz notified Upper Dublin High School parents of the situation in an email Sunday night, saying administrators "regret the egregious nature of this offense and will begin a thorough investigation." A copy of the email was obtained by PhillyVoice.

The culprit used the Class of 2019 distribution email account to register on pornography sites, according to a statement released Monday by the district. That triggered confirmation emails being sent back to the class account, which is used to distribute information and announcements to students. Copies of those confirmation emails then were forwarded to everybody on the email distribution list.

It is unclear whether the district has determined the person who created the pornography accounts. In an email, District Superintendent Deborah Wheeler said the situation is resolved, but her statement did not mention whether a student, staffer or outsider was the culprit. When asked for clarification, Wheeler wrote, "We are continuing to investigate this matter."

But the statement said email sent to the distribution account "now goes directly to the district's technology department for review and approval before being disseminated to students."

As of Monday morning, the investigation was an internal matter. Upper Dublin Township Police said they have not been approached for assistance.

In his email to parents, Schultz stressed that individual student email accounts were not distributed externally or compromised. Email solicitation from the pornography sites was blocked from all district accounts. On the district's student Chromebooks, clicking on any of the links included in the emails bring users to a blocked page.

District administrators learned of the emails Sunday from high school students and parents.