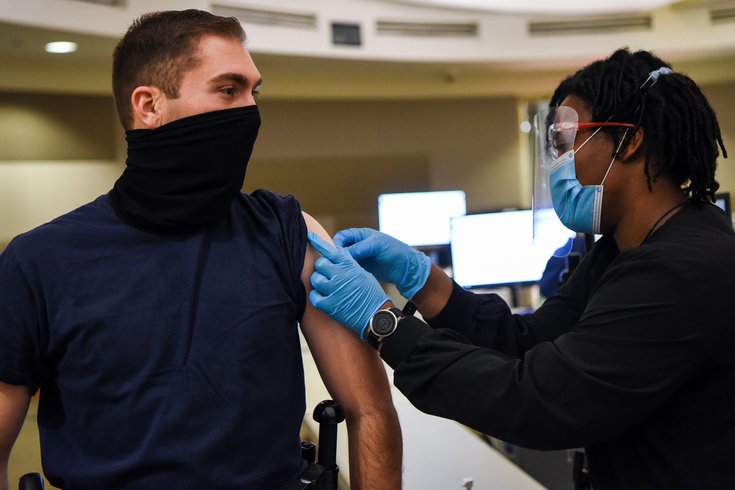 State health data showed that less than one tenth of a percent of vaccinated New Jerseyans contracted COVID-19, a promising sign for vaccine efficacy.

New Jersey health officials announced Wednesday that less than 1% of the state's fully vaccinated residents have contracted COVID-19 – a promising trend reassuring the efficacy of the vaccine.

From mid-December to late April, 1,319 breakthrough cases were reported out of the 2.5 million fully vaccinated New Jerseyans, totaling 0.06% of those vaccinated, state data showed.

The reported cases were fairly mild, according to Dr. Edward Lifshitz, the state’s communicable disease service medical director. Just 505 of the reported cases experienced symptoms and 377 were asymptomatic. Information on the remaining 437 was not available.

Persichilli said 92 vaccinated individuals were admitted to hospitals in the state. Of those, just 30 came in for COVID-19 care, while 62 were admitted for separate reasons but tested positive upon arrival. Fourteen deaths were reported, though just seven were directly related to COVID-19.

The majority of those that were hospitalized or died were over the age of 50, and two-thirds of the breakthrough cases were among women.

Lifshitz said there could be more breakthrough cases that were not reported, because people with mild or nonexistent symptoms typically don't get tested.

More than 70% of eligible New Jerseyans have been vaccinated. Governor Phil Murphy said the state ranks sixth in the country for total number of vaccinated residents.

The state's findings are consistent with a study from the Centers for Disease Control and Prevention, which found that vaccinated COVID-19 patients experience mild or no symptoms.

The CDC tracked 3,950 frontline health care workers and found that 204 tested positive. Just 16 of those positive cases were among vaccinated workers.

Those with breakthrough infections had 40% less of the virus in their system and 58% spent two fewer days in recovery than unvaccinated people.